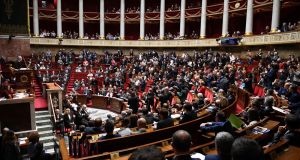 Strange as it may seem, the Polish government, along with the governments of several eastern European states, has been doing its best to block attempts to improve the wages and conditions of its citizens working abroad.

On Monday, however, it saw its efforts frustrated at a meeting of social affairs ministers in Luxembourg, when the general principles of revisions to the controversial 20-year-old posted workers directive were agreed by a qualified majority. The changes, made after an 18-month, politically fraught, battle between eastern and western EU states, will now go for tweaking in negotiations between ministers and MEPs, who have also backed similar changes.

The idea is to curb what is known as “social dumping” by ensuring that when contractors post workers abroad to other member states from low-wage economies – 80 per cent of posting happens in sub-contracting – the workers get pay and remuneration at the rates prevalent in their host countries.

Companies will no longer be able to employ workers from other parts of the EU for lower wages for longer than 12 months. Posted workers will also be given the same holiday and other rights as workers in their host countries.

Poland, on the other hand, argues that in the single market it must be allowed to avail of its competitive advantage – cheap labour – and sees the reform of posted workers as a form of protectionism. It warns that the changes proposed will cripple its haulage industry.

Currently average pay differentials between the EU’s richest and poorest member states – say Luxembourg and Bulgaria – stand at 10 to one.

France’s president, Emmanuel Macron, sensitive to anti-migrant feelings at home, has made reforming the directive high on his agenda since his election campaign. He has described the fact that a Polish construction worker can work in France and receive less pay and fewer work benefits than a French worker as a “betrayal of the European spirit” and against the essence of the latest branding of the EU as “a Europe which protects”.

He has been backed by Germany, Belgium and the Netherlands, among others.

The deal agreed on Monday in effect halves an original limit of 24 months – it will now be a 12-month cap with a possible six-month extension – during which companies can send employees from low-wage countries to work in richer member states without abiding by all local labour laws.

Under the compromise thrashed out during 12 hours of talks, the EU will also introduce the principle of “equal pay for equal work” giving migrant workers the same remuneration, including salary, bonuses and employment benefits, as a local worker. All rules on remuneration which apply to local workers will have to apply to posted workers.

“Equal pay for equal work at same place is at heart of ‘Social Europe’,” commissioner Marianne Thyssen tweeted after the meeting.

Posting of workers involved 1.9 million European workers in 2014. Although they make up only 0.7 per cent of total EU employment, the European Commission argues that the posting of workers is an important support to the cross-border provision of services across the internal market, particularly in the construction and some personal and business services sectors.

The specific challenges that the directive poses to road haulage drivers have not, however, been resolved, and Ireland abstained on the changes on Monday because of the lack of clarity in this area. Irish officials say current rules in the directive will continue to apply while new rules are being framed in specific regulations for the sector.

They warn of excessive bureaucracy for companies and argue that insufficient account is being taken of the problems of more peripheral regions, whose drivers face longer journeys and inevitably more often trigger the “posted” status after three days on the road – Ireland, while supporting efforts to raise pay and conditions, would like that to be 10 days.

In order to see the new rules properly enforced and prevent the emergence of a “second-class worker”, commission president Jean Claude Juncker has also proposed the establishment of a new EU agency/inspectorate, a Common Labour Authority.