European Commission President Jean-Claude Juncker proposes a quota system for the relocation of 160,000 migrants during his State of the Union address. Video: Reuters/EU Parliament 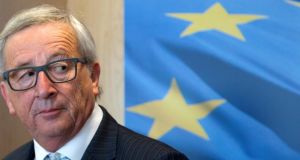 European Commission president Jean-Claude Juncker has set out plans to resettle around 160,000 migrants from Italy, Greece and Hungary around the continent

In a speech to the European Parliament in Strasbourg Mr Juncker called for solidarity from the EU’s 28 member states in responding to the influx of refugees from Syria and Libya, telling MEPs: “It is not time to take fright, it is time for humanity and human dignity.”

Mr Juncker indicated that he wants all EU states to take part in the new programme, saying: “I really hope that this time everyone will be on board.”

“There is a reason the number of O’Neills and Murphys living in the US exceeds the number in Ireland,” he added.

The proposals may provoke new wrangling among EU states and between national leaders and the EU executive. 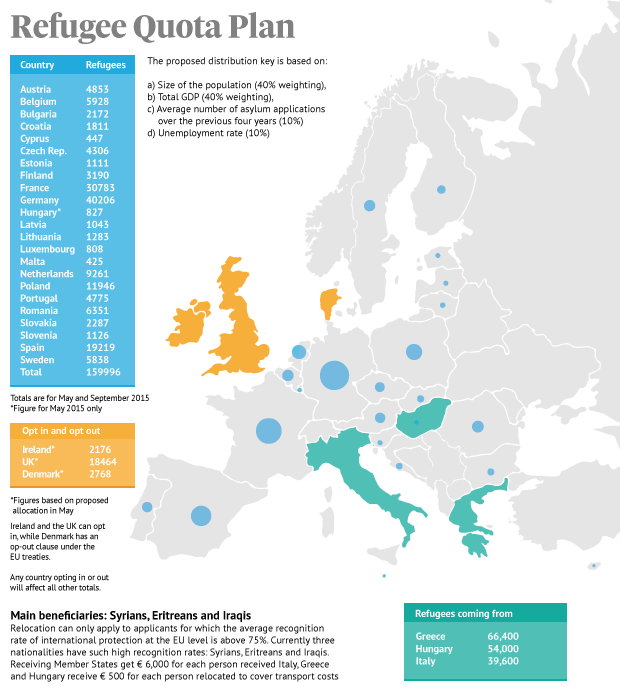 The Coalition has yet to settle upon the number of refugees Ireland may take in, with Fine Gael saying a call from Labour leader and Tánaiste Joan Burton to accept 5,000 has not been agreed.

Mr Juncker’s comments will increase pressure on British prime minister David Cameron to accept voluntarily some of the migrants who have arrived in Europe after crossing the Mediterranean, even if the UK opts out of mandatory quotas because it is not a member of the Schengen open borders arrangement covering many EU states.

In his State of the EU address, Mr Juncker said that Europe was “sought worldwide as a place of refuge”, and was seen by those fleeing Islamic State in the Middle East as “a place of hope, a haven of stability”.

He warned that “as long as there is war in Syria and terror in Libya, the refugee crisis will not simply go away”.

“We can build walls and fences,” said Mr Juncker. “But imagine for a second if it were you, your children in your arms, the world you know torn apart around you. There is no price you would not pay, no wall you would not climb, no sea you would not go to sea in, no border you would not cross.”

Mr Juncker urged EU member states to adopt the Commission’s proposal to increase the relocation scheme from 40,000 to 160,000 migrants currently in Italy, Greece and Hungary at a summit of interior ministers later this month.