In Taliban country: inside the city of Jalalabad

As US troops leave and the Taliban try to reinforce the idea that they are in control, 2014 will be an important year for Afghanistan 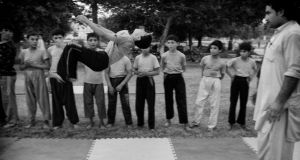 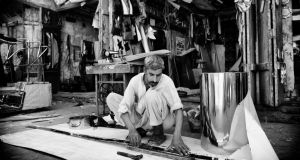 Nazer at his rickshaw workshop in Jalalabad. 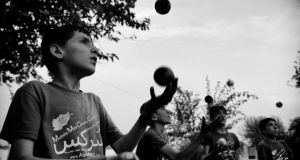 Young boys practise their juggling skills at the Mobile Mini Circus for Children in Jalalabad. 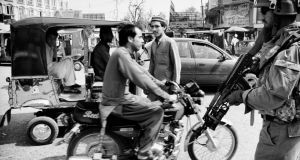 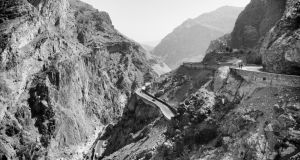 The Mahipar pass on the Kabul to Jalalabad road. This road is considered one of the most dangerous in the world, with fatalities occurring almost daily.

Jalalabad sits next to the Kyber Pass and Pakistan, and has a largely Pashtun population. It used be said that although not every Catholic was in the IRA, almost every IRA man was a Catholic, and the same rule could easily be applied to the Pashtuns; they aren’t all Taliban, but it’s hard to find a Talib who is not a Pashtun. Thus the Taliban have widespread support in this part of Afghanistan, and the city has seen a lot of violence over the past 12 years as first the Americans and then the Afghan government tried to control the place.

For a westerner, getting to Jalalabad is not easy. There is no civilian airport, so the only way to reach the city is to drive across the mountain passes, the same route on which 16,000 British soldiers and subjects were massacred as they fled from Kabul in 1842. And in the 21st century, it is still considered one of the most dangerous roads in the world. Not only are there are almost daily fatalities on the road from car accidents, but the Taliban regularly attack vehicles, burning trucks and cargo, while robbing and sometimes murdering travellers.

The journey also involves elements of cloak-and-dagger that can seem ludicrous at times. Local clothes, the shalwar kameez, are a necessity, but the loose-fitting shirt over baggy trousers must not be too clean, too new, or too well made. Looking affluent is dangerous, even for an Afghan, on this road.

Impromptu checkpoints
The subterfuge is mainly due to the risks posed by spotters or informants. There are many seemingly innocuous people by the roadside on the edge of Kabul who simply watch the comings and goings, and then pass information along to the Taliban by mobile phone. Along the road, too, there are many impromptu checkpoints made of ropes, or sliced and braided tyres. They force a car to slow down enough for the occupants to ostensibly be petitioned for alms, while also undergoing the scrutiny of the apparent beggars.

The drive takes over two hours, but seems so much longer. Watching Afghans drive like mad men, with their thoughts of honour far outweighing any considerations for safety, the journey is as much an emotional roller coaster as it is physical.

The day before I arrived, two Taliban gunmen had walked into a large religious gathering and gunned down a man in cold blood. He was believed to be a former Talib who had turned his back on violence. The killers escaped, but their hiding place was quickly discovered by the dead man’s outraged friends. Dragged into the streets by the crowd, the two men were beaten to death. Now the city was braced for a retaliatory attack and the tension on the street was palpable.

Economic outlook
In Jalalabad rickshaws are as ubiquitous as turbans. Gaudy, multicoloured and often bearing a portrait of the latest Bollywood star, they ply the city streets and throng the thoroughfares. But more than that, their cabs are often veiled or curtained, offering privacy to its occupants, from which to take in the city and its goings on.

They are built right on the side of the street, in rows of small workshops. Each has its own speciality. In some, men bend double across engine blocks while their feet slop in spilled engine oil. Elsewhere, sheet metal is hammered into cabs, doors and roofs, and paint and coloured ribbon applied liberally to every available surface.

“We are busy here, building bodies for rickshaws with parts that we import from Pakistan,” one man said. Using only a single name, as many Afghans do, Nazer was one of the few prepared to talk openly. Despite the raised fear of an attack in the city, he insisted life was getting better. “Security was no good in the time of the Taliban,” Nazer said, standing in the doorway of his workshop.

If the economic outlook has improved for some, security has not. In the centre of town, there is a checkpoint that sits beside the police headquarters. With all of the attacks that happen in the city, it is a key part of the strategy to disrupt the flow of fighters and weapons, and is typical of the responsibility that has been handed over from coalition control to the Afghans.

Easy target
Having watched US troops set up and run these types of vehicle checkpoints for years, it would be fair to expect the Afghans to have a good understanding of how they work. But instead, as is so often in Afghanistan, a mixture of laziness and fatalism permeated the whole affair. It was clear they were not searching the cars and trucks effectively. The whole setup was amateurish and extremely dangerous, as they made themselves a very easy target for any would-be attackers. Sadly, a few days later a suicide bomber rammed his explosive-filled car into that very checkpoint. The explosion killed two policemen, and another policeman and several onlookers were wounded.

Talking to people around the country, it is clear that they are worried about the future. With the Americans preparing to leave, it has become fashionable to say that Afghanistan is a complete failure, a disaster as bad as it was when the Taliban government was toppled 12 years ago.

But this is far too simplistic. While the military operations have abjectly failed to defeat the Taliban, the Taliban have also failed to regain power, and of course it is the civilian population that has borne the brunt of the casualties. But in the meantime international money has built schools and hospitals, improved roads and airports, brought stable electricity and telecommunications networks, and nurtured the growth of the state through the creation of a constitution and parliament.

Now 2014 brings not one but two huge events; the US withdrawal, and the Afghan election. Together, they have the potential to create a perfect storm of chaos, and destroy many of the achievements of the previous decade. The Taliban want to reinforce the idea that Afghanistan is already in their control, and will continue to carry out their attacks, as was shown by their bombing of the Taverna du Liban restaurant just days ago, leaving 21 civilians dead.

At the same time, many in the West simply want to forget about Afghanistan, and put what has been a disastrous decade of failed intervention behind them. But as the world turns away, the threat of ever more violence and greater tragedy increases. Afghanistan is not a disaster, not yet, but it is teetering on the edge of one.

About the author
John D McHugh is a freelance photojournalist and filmmaker who has worked extensively in Afghanistan since early 2006. His recent documentary for Al Jazeera – Afghanistan: A Tale of Three Cities – can be viewed online at iti.ms/1bv44eY. This is the final instalment in a series of three articles on Afghanistan as President Hamid Karzai comes to the end of his second term in office and the country prepares for the departure this year of US troops.