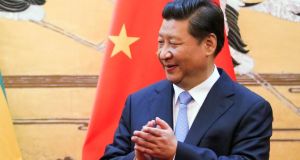 China will allow foreigners into courts to listen to cases, as part of broader efforts to reform the judicial system at a time of growing complaints about the country’s secretive legal processes.

“More foreigners will be allowed to visit our court and listen to trials and cases involving foreign companies or citizens,” Zhou Qiang, head of the Chinese Supreme People’s Court and China’s top judge, told a court open day.

Judicial reform is considered one of the key planks of President Xi Jinping’s institutional reform plans, and Dr Zhou has become a regular fixture in the Chinese state media of late.

He has said China was considering establishing a special court to deal with cases involving intellectual property rights.

He also said this month the prosecution of former security czar and ex-Politburo Standing Committee member Zhou Yongkang on corruption charges demonstrated that no one in China was above the law.

Foreign companies and individuals often complain at the lack of access they get to the Chinese court system.

The open day invited ambassadors and overseas officials to learn about the work of the court, offered a tour of the building, and allowed visitors to sit in on an intellectual property dispute between a German company and a Chinese firm.

“We’ve realised the need to invite ambassadors and foreign professionals when we tackle foreign-related disputes and provide legal aid for foreign litigants.” He asked lower courts to also open their doors to foreigners, saying the top court would supervise local judicial bodies in enforcing verdicts involving foreigners or foreign corporations.

“Equal legal protection is a principle of Chinese law, and we’ll ensure every judgment in our country can be carried out.”

Since last year, the Supreme People’s Court has issued its work report and some judicial interpretations in both Chinese and English.

Spokesman Sun Jungong told the conference that while it was not the first time the court had invited foreigners to witness cases, it was rare for a high-level judicial department to open its inner workings to so many foreigners.