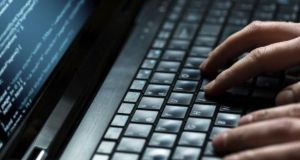 China’s internet watchdog will investigate the country’s biggest search engine Baidu over the death of a 21-year-old student who used to site to find treatment for his rare form of cancer.

Wei Zexi, a computer science student at Xidian University, was diagnosed with synovial sarcoma in 2014, a rare cancer of the soft tissue around the joints.

Before his death on April 12th, Mr Wei accused Baidu of promoting false medical information, and also criticised the hospital he was treated in for misleading advertising in claiming a high success rate for the treatment.

After radiation and chemotherapy didn’t work, his family looked around for other treatments, and on Baidu they found an experimental course of treatment that uses cells generated by a patient’s own immune system to kill cancer cells.

The treatment took place at the military-affiliated Second Hospital of the Beijing Armed Police Corps. His accusations have prompted a major debate over Baidu’s ethical responsibility and the case has attracted 89 million views on the Weibo social network.

Baidu, which is known as China’s Google, has around 80 per cent market share in a country with around 650 million internet users.

The company said in a statement it deeply regretted Mr Wei’s death and that it would cooperate fully with the government investigation. Before he died, Mr Wei posted about his experience on the Q&A website Zhihu, calling the treatment useless and writing: “Baidu, we did not know how much evil it could do.”

Mr Wei’s parents said their son had discovered the hospital listed second from the top on the first page of search results.

Mr Wei also criticised Baidu for its practice of paid listings, where traffic is directed to particular websites in return for payment from an advertiser each time an ad is clicked.

Paid listings are a major source of revenue for Baidu. Other search engines such as Google clearly mark search results that are advertisements with a colour label, but Baidu’s paid listing results do not have clear labels, instead carrying two small, grey characters marking the listing as a paid promotion.

The team of investigators will be made up of officials from the Cyberspace Administration of China (CAC), the State Administration of Industry and Commerce and the National Health and Family Planning Commission, CAC spokesperson Jiang Jun told the Xinhua news agency.

Baidu has been called into question before for similar issues, the Xinhua news agency reported. Earlier this year, Baidu was criticised for selling the management rights for an online forum related to haemophilia to an unlicensed private hospital, which used the platform for self-promotion and deleted comments that challenged its credentials, Xinhua said.

Mr Wei’s parents said in a statement: “We don’t want any compensation, nor will we sue any organisations or individuals. While our son posted his experience online, his purpose was simple: just to let more people know the therapy is useless.”