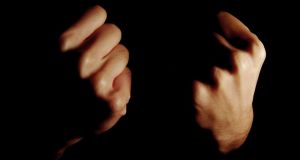 Alcohol has been a factor in three-quarters of the deaths from unexpected one-punch assaults to the head, commonly called “king hits”, in Australia since 2000.

On December 20th, 2008, Tyrone man Patrick Crilly was punched by a Sydney pub bouncer, causing him to fall and hit his head on concrete.

It was an unprovoked attack, and Mr Crilly (22) was subsequently awarded $350,000 (€230,000) in compensation for losing the hearing in his right ear and suffering balance problems and bleeding on the brain. But at least he survived.

On October 25th, 2009, Dublin man Gearóid Walsh (23) was punched outside a kebab shop in the Sydney suburb of Coogee. He died four days later, having never regained consciousness.

On December 17th last, Thomas Keaney (23) from Co Galway was allegedly punched outside a takeaway food shop in Perth, Western Australia. He died on December 30th. A local man has been charged with grievous bodily harm over the incident.

‘Coward’s punch’
Unexpected one-punch assaults to the head, commonly called “king hits”, have killed more than 90 people in Australia since 2000, with alcohol being a factor in three-quarters of these deaths. After the Thomas Keaney case and several other recent, high-profile examples, Australians finally seem to be saying enough is enough.

The Sydney Morning Herald newspaper is leading the demand for change.

Its January 2nd editorial said: “Too many young men feel they can take drugs and get drunk and menace people with no fear of serious consequences. All of this has to change. The time is now.”

The term “king hit” derives from early 17th-century England, when King James I punched a judge, knocking him to the ground, for daring to suggest he was subject to the law.

However the father of one of the 90 victims wants the term to no longer be used.

Paul Stanley, whose son Matthew (15) was killed by a one- punch assault in 2006, said: “A king is supposed to be someone of high honour and I think this is a coward’s punch. The boys with Matthew reckoned he probably didn’t see the punch coming.”

Mr Stanley believes such violence is getting worse. “When I was growing up, most times you would be like two dancing roosters, throwing punches that didn’t connect. Now people are punching first and asking questions later.”

Prof Gordian Fulde, emergency director at Sydney’s city centre St Vincent’s Hospital, has for many years documented the effects of alcohol-related violence. He says the early hours of 2014 were brutal.

“Every hour we had at least two patients who had been knocked unconscious. There was a particularly nasty attack on a lady who was punched to the ground and then kicked.

“It’s not just violence, it’s brutality,” he says. “Unfortunately there are still people who have these brain snaps and hit people, causing the most devastating injuries.”

Kicked and stomped
A recent crime survey taken by the Australian Bureau of Statistics shows that six in every 100 Australian males aged between 15 and 24 were physically assaulted in the past 12 months. Most of these assaults were committed by people under the influence of alcohol and/or drugs.

Prof Fulde says the problem is worsening. “The amount of injuries from scuffles has markedly decreased. Instead, we are seeing an increase of people who have been really whacked and when they are down, they get kicked and stomped on.”

There is a stereotypical image of the aggressor in lethal one-punch assaults as a blunt, thuggish, tattooed menace, with steroid-enhanced muscles.

While this may be the reality in a small minority of cases, the greater truth is that Australia’s liberal drinking culture – including many 24-hour pub licences – and a resulting loss of impulse control, bears the greater share of the blame.