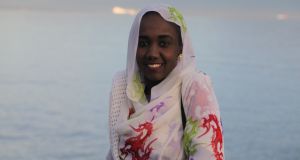 In December 2016 Tasneem El-Zaki was arrested and put into isolation in a Sudanese prison for three months. The human rights lawyer was 28 years old at the time and underwent torture during her time in jail. Her crime? Defending the rights of a group of women who had been raped in Darfur.

El-Zaki, who comes from the city of Al-Fashir in the country’s western Darfur region, knew the risks involved when she decided to study law and specialise in women’s and young people’s rights. While at university she proposed to write her Masters thesis on war crimes committed by the Sudanese government. Her professors advised against the project and she chose a different topic.

Working as a lawyer defending the rights of some of the most vulnerable people in Sudanese society means El-Zaki lives with the daily fear of arbitrary arrest and detention. Like El-Zaki, many of her colleagues have been imprisoned in isolation without access to legal representation since the crackdown on civil society began after the International Criminal Court issued an arrest warrant against the country’s president, Omar Al Bashir, in 2009.

In January 2018 Amal Habani, the co-ordinator of the No Oppression Against Women Initiative in Sudan, was beaten with an electric rod by Sudanese forces during interrogation. Fellow human rights defenders Nahid Jabrallah and Mohamed Aldouma, the president of the Darfur Bar Association, were also arrested last month. Meanwhile, protests broke out across the country after the Sudanese government removed subsidies as part of austerity measures leading to a hike in prices for bread and other essential foodstuffs.

Following her release from prison last year, El-Zaki was forced to flee to Egypt after she refused to stop supporting rape victims. She was then temporarily relocated through Front Line Defenders to Ireland, where she has spent the past six months learning English. She hopes to return to Sudan this month to continue her work defending women living in rural Darfur.

“These are normal women living in villages with a large military presence,” says El-Zaki. “These villages have no hospitals, no police station, no services at all. And rape cases are so specific. Nobody comes to us as witnesses because they are afraid of the military. There are other violations by the military against young people for the clothes they’re wearing. If you don’t dress properly you can be punished without trial. There’s no personal freedom in Sudan.”

Being a woman in Sudan is not easy, says El-Zaki. Aside from the high risk of rape, nearly nine out of 10 girls will undergo female genital mutilation (FGM), which involves the partial or total removal of the female external genitalia for non-medical reasons. El-Zaki worries that if she does not go back to Sudan, countless women who experience sexual violence will be left vulnerable and alone. She dismisses any suggestion that returning home could put her own life at risk.

“Only a few people are trained to help with these types of cases and many people are too scared to work in this area. There are no international organisations left in Sudan, just UN missions and they can’t visit every village. I’ve created relationships with the people in these villages. I feel so bad that I lost my jobs in Sudan because I can’t help women from here. Last week a policeman called to my sister’s house and asked for me so I don’t know what will happen. But I must go back.”