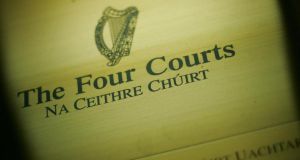 Taxing master Declan O’Neill made his decision after the State Claims Agency contested the bill of costs in the case of a young girl with cerebral palsy who received €1.9 million last year in partial settlement of her High Court action over negligence in the treatment of her mother while pregnant. Photograph: Bryan O’Brien

The taxing master cut fees for lawyers in a medical negligence case by up to 50 per cent and ordered that the State should not have to cover the full cost of a five-star hotel booked by the injured party’s solicitors for witnesses.

The affected law firm has objected to what it argues was a “manifestly unfair” ruling.

Taxing master
Taxing master Declan O’Neill made the decision after the State Claims Agency contested the bill of costs in the case of a young girl with cerebral palsy who received €1.9 million last year in partial settlement of her High Court action over negligence in the treatment of her mother while pregnant. Isabelle Sheehan (6), through her mother Catherine, of Milbrook, Mallow, Co Cork, had sued consultant obstetrician Dr David Corr, who was conducting a private practice from Bon Secours Maternity Hospital, Cork, at the time of Isabelle’s birth in November 2004. Dr Corr had admitted liability and apologised to the family, saying he “very much” regretted the outcome in relation to the birth of Isabelle.

When the matter came before the taxing master, who adjudicates disputed legal costs, he reduced the fee for Ms Sheehan’s solicitor, claimed at €485,000, to €270,000.

The senior counsel’s brief fee, claimed at €125,000, was reduced to €65,000, while the junior counsel’s brief fee was lowered to €32,000. The master said he did not see the necessity for the attendance of two solicitors on Ms Sheehan’s behalf. Ms Sheehan’s lead solicitor, Michael Boylan of Augustus Cullen Law, told The Irish Times he had lodged a formal objection to the taxing master’s decision.

One solicitor
He said it would be “physically impossible” for just one solicitor to have handled a case of such complexity and that the State was represented by a team of three solicitors and two barristers.

In his decision, the taxing master said a five-star hotel booked by the plaintiff’s solicitor for expert witnesses was a luxury the State was not obliged to pay for. He reduced the overall hotel expenses by €500.

In the latest newsletter of the State Claims Agency, director Ciarán Breen said the taxing master’s decision was “a considerable step forward” in understanding how legal costs were measured.