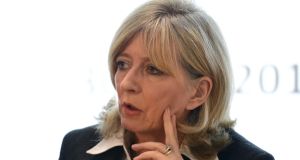 Some public bodies are failing to recognise that responding to Freedom of Information requests is a statutory function that should be afforded as much weight as any other work, Information Commissioner Emily O’Reilly has said.

In her office’s annual report for 2012, Ms O’Reilly said some bodies were not providing staff cover when FOI officers were on leave and that in one case her office had been informed that an FOI unit would close for a month and was unable to process any enquiries.

“It is of significant concern to me if extensions become the norm, or default position, of public bodies in considering requests from my office,” she said in the report.

“In one case, my office received a copy of correspondence in which the requester was untypically informed by the public body that due to staff resource issues, the FOI request was unlikely to be dealt with within the time frame provided for in the Act.”

Speaking at the publication of the report, Ms O’Reilly said she was disappointed with a decision by the Department of Jobs, Enterprise and Innovation to cease providing information to her office regarding the number of FOI requests received by some civil service bodies.

The department said the process of “collection and verification was becoming administratively unsustainable”and pointed to the fact that the number of returns had more than quadrupled from 40 to 188 since the FOI act came into existence some 15 years ago.

“I am disappointed that alternative arrangements for the collation of relevant statistics were not agreed in advance of the department’s decision to end its role in the matter,” she said.

Ms O’Reilly said returns had not been received from some 110 public bodies at the time of writing the report and that this prevented her office from calculating the number of requests made to the various bodies, the types of request being made and the type of people who are seeking information from public bodies.

She said the issue was a recession related phenomenon with staff in public bodies under great pressure due to increased workloads. “I don’t think anybody is trying to hide anything in particular,” she added.

Ms O’Reilly said there had been a 38 per cent increase (to 338) year on year in the number of FOI review applications received by her office. These occur when an applicant asks for a decision by a public body relating to their FOI request to be reconsidered by her office.

The increase, she said, could be attributed to a rise in the number of individuals seeking personal information in order to secure State benefits, and also because there was a fall off in review applications in 2011 (245). Some 236 of the 338 review applications received in 2012 were accepted.

New Freedom of Information legislation widening the bodies covered by the system is expected to be published by the Government later this year. Ms O’Reilly said her office was gearing up for this by recruiting new staff to help deal with the increased scope of the legislation.

Public bodies such as An Garda Síochána and the National Assets Management Agency are expected to fall under its remit. Ms O’Reilly said the “devil would be in the detail” of the legislation and that it was too early to say how great and effect it would have.

“Until we see the type of requests being made and we see how willing the organisation is to release them, or indeed we see how strict or liberal the legislation might be, we can’t make a judgement,” she said.