Updating family law for the needs of the 21st century

Analysis: Reforms will modernise areas such as guardianship, custody and access 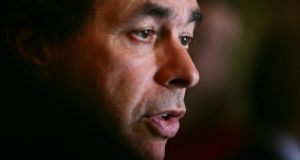 The modern Irish family comes in many forms. Not that you’d know that by examining the law in this area. Legislators have proved slow in the past to draw up policies relating to anything outside the traditional family unit based on marriage.

Unmarried parents, same-sex couples and cohabitants have often felt either invisible or discriminated against in the eyes of the law.

The current law relating to guardianship, custody and access to children dates back to the 1960s, for example.

Our laws on paternity and children born outside marriages were drawn up in the mid-1980s.

As for children born as a result of assisted human reproduction or surrogacy? Well, there are no specific laws whatsoever.

The new Children and Family Relationships Bill 2013 aimed to change this by bringing a diverse range of family types in from the cold.

For Minister for Justice and former family law practitioner Alan Shatter, this is territory he is intimately familiar with.

In fact, he is understood to have drafted most of the legislation single-handedly over the summer months.

The new Bill will provide for what he describes as “contemporary legal architecture” on guardianship, custody, access and the upbringing of children in diverse family forms.

This includes married families, families that rely on the care of children by members of the extended family, families based on cohabiting couples and civil partnerships.

Some of the biggest gaps in family law relate to guardianship and put many families in a difficult legal position.

For example, many Irish domestic adoptions today are so-called step-parent adoptions. This is where a mother – who had a child outside marriage – is now married to a man who is not the father of the child, and wants her husband to have a legal link with her child.

As a result of a gap in the law, mothers have to go through the artificial procedure of adopting their own child.

The new Bill will change this by facilitating husbands to become joint guardians of children in such relationships – where it is in the best interests of the child – without going through the adoption process. In addition, it will allow for same-sex civil partners or those cohabiting with the biological or adoptive parent to apply for guardianship of a child, subject to certain conditions.

Access provisions will also be simplified. It will remove the two-stage process for a person other than a parent – such as a grandparent or former step-parent – who is seeking access to a child.

Adoption by same-sex couples will also be legislated for, either in this proposed law or in a related piece of legislation.

The current law relating to adoption provides for the adoption of children by married couples, by single persons (irrespective of their sexual orientation), but not by cohabiting couples or by civil partners.

In all of these proceedings, the voice of the child will remain central. For example, a child over the age of 12 must be consulted in relation to applications for guardianship, custody and access orders.

The proposed laws in the area of assisted human reproduction will also give legal certainty to thousands of families who have had children using donor eggs or sperm. This is an area that has been riven with uncertainty. A recent High Court ruling recently effectively concluded that parentage was based on genetics: so if a mother gives birth to a child using a donor egg, the biological mother would be the donor, not the birth mother.

The new laws will seek to clarify this by stating that in cases of where donor material is used, the parents are the birth mother and her consenting spouse or partner.

In the area of surrogacy, the law will say parentage may be assigned by the court on the basis of genetic connection to one of the intending parents and the spouse or partner of that person.

The proposed laws may not be to everyone’s liking. And they may not go far enough for others. But few are likely to disagree they are an attempt to catch up with the reality that is the changing face of the Irish family.