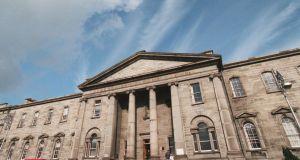 The Mater Hospital, Dublin. A member of its board of governors recently asserted that its ethos prevented it from providing lawful abortions. Photograph : Bryan O’Brien

There has been continuing political controversy concerning the obligations imposed on hospitals by the Protection of Life during Pregnancy Act. An earlier draft of the Bill prohibited hospitals from refusing to perform legal abortions, while allowing conscientious objection for individuals.

However, while the individual right of objection remains, the legislation says nothing about institutional opt-outs (the Government decided such a provision was unnecessary). Instead, the Act lists “appropriate institutions” in which legal abortions may be carried out – including two Dublin voluntary Catholic hospitals.

It is open to debate whether the named hospitals are positively obliged to provide lawful abortions or simply permitted to do so, whether under the recent statute or more generally. In any event, a member of the Mater hospital’s board of governors recently asserted that its ethos prevented it from providing such procedures, despite being designated by the Act as an appropriate institution.

Some commentators have suggested that the Constitution protects voluntary hospitals from being forced to provide medical procedures that undermine their religious ethos (Gerry Whyte, July 18th; Mark Coen, August 8th). If correct, this would mean that certain provisions of the Act would either be unconstitutional or interpreted restrictively so as to allow voluntary hospitals to refuse the relevant procedures. However, I believe these arguments are based on an over-broad interpretation of the relevant constitutional principles.

Denominational autonomy
The Constitution protects religious freedom for individuals and states that a religious denomination will “have the right to manage its own affairs . . . and maintain institutions for religious or charitable purposes”. Sometimes denominational autonomy is interpreted as meaning that legislation cannot impose requirements inconsistent with the ethos of denominationally owned institutions. For example, it has been assumed that the Constitution requires denominational schools to be exempted from certain aspects of employment equality legislation, despite the public function such schools fulfil. Indeed, this same piece of constitutional mythology underlies the grotesque spectacle of publicly funded schools requiring baptismal certificates as a condition of enrolment.

In this view, religious freedom means that legislation, whether in the area of equality law or otherwise, cannot undermine the ethos of denominational institutions, whether medical or educational. However, while this constitutional rationale is questionable as it applies to denominational schools, it is even weaker in relation to voluntary hospitals.

First, it has never been recognised that religious freedom entitles individuals or institutions to exemptions from legislative obligations simply because such obligations are inconsistent with religious beliefs – at least where such requirements have no bearing on religious practice. While the Supreme Court has not adopted a conclusive stance concerning religious exemptions from legislation, the European Court of Human Rights in Strasbourg, for example, has consistently affirmed that religious freedom will not necessarily entitle individuals to exercise beliefs in professional or public service contexts.

Secondly, denominational autonomy guarantees an extensive sphere of noninterference for the internal functioning of religious denominations, but a more qualified protection for activities denominational-ethos institutions might undertake in the wider public world.

While legislation cannot interfere in the inner sanctum of religious function, there can surely be no claim that legislation regulating various activities outside the religious context must accommodate doctrinal religious requirements. It is even questionable whether denominational autonomy could be invoked by a voluntary hospital. Only “religious denominations” as such are stated to have the right to “manage their own affairs”; this is arguably distinct from medical or educational institutions operating under a denominational ethos. Denominations have the right to “maintain” such institutions, but nothing suggests they are to be immune from legislative requirements safeguarding public interests.

Thus the further a particular denominational body posits itself in the wider public world, the more it becomes subject to increasing levels of public regulation. Denominational schools, for example, are subject to extensive state regulation, given the public function they fulfil. Similarly, voluntary hospitals access considerable public funding and provide a public service to the wider community irrespective of religion. In the United States, the “ministerial exception” recognises a constitutional exemption from equality requirements – but this can be invoked only for personnel whose role is analogous to a religious minister’s. Naturally, activities connected to religious practice receive a higher degree of constitutional protection.

Thirdly, religious autonomy claims sometimes have concrete costs for individual rights. To allow such opt-outs to institutions that provide public services would undermine the rights of citizens to access such services as needed. Historically, the public sphere was hollowed out through the State divesting core public functions to denominational bodies. At one level this has been damaging for the welfare of vulnerable people – more abstractly, it gave the lie to the State’s self-designation as a “republic”.

“Religious freedom” discourse now often has little to do with the right to undisturbed religious practice. Instead it is used to defend the traditional prerogatives of institutional Catholicism to shape and define the public sphere. Historically such claims were articulated in more bellicose language. But this defensive invocation of religious freedom must be seen as part of a subtle rhetorical shift since the 1990s, echoed, for example, in the discourse surrounding denominational schools – in the ostensibly liberal terminologies of “diversity” and “choice”. Often, religious freedom arguments serve as a pretext for private institutions to secure public arrangements in accordance with their interests.

Eoin Daly is a lecturer in UCD School of Law and author of Religion, Law and the Irish State.