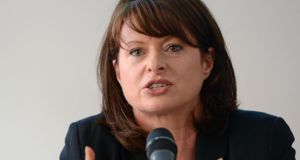 Emily Logan, Ombudsman for Children: said her office should not have to investigate same issues over and over again. Photograph: Eric Luke


Repeated failures to protect children in care who are at risk of sexual exploitation, and continuous failures to allocate social workers to children, are highlighted in a new report from the Ombudsman for Children, Emily Logan.

It also draws attention to other problems including children being put in multiple placements over short periods and young people often being forced to stay too long in justice facilities because there is nowhere for them to go afterwards.

Ms Logan, who is laying the report before the Oireachtas this morning, says her office should not have to investigate these issues over and over again and now that the new Child and Family Agency has been established, these problems must be addressed.


Systemic difficulties
“It is clear that many problems identified are manifestations of recurring and systemic difficulties . . . It is hoped that the findings of this report and the recommendations it contains will contribute positively to the ongoing reform of Ireland’s child and family support services, and that the root causes identified in the investigations underpinning the report cease to be the subject of examination by this office save in exceptional circumstances.”

Children in care have had difficult childhoods and most have experienced periods of instability and insecurity, had their education disrupted and their health needs neglected. They needed “the full support of services to enable them to achieve where possible a good education, emotional stability and security in their placement. They are entitled to the right to prepare for a successful adult life.”

In the Meta-analysis of Repetitive Root Cause Issues Regarding the Provision of Services for Children in Care report , the ombudsman has taken 10 sample cases her office has investigated, to highlight the repetitive nature of problems. Though there are more than 6,000 children in care, Ms Logan says these 10 cases are “representative” of ongoing issues for the cohort of children in care coming to her attention.

The report says the previous experiences of many of these children have exposed them to increased risk of abuse and exploitation. Safeguarding them requires staff to be aware of the need to provide robust protection. More than half the children in care who made complaints to the ombudsman, or had complaints made on their behalf, had protection issues. These were not dealt with adequately “in that the national guidance contained in Children First was not implemented”.

An example cited was a case where an allegation of abuse by a child in care, about a parent, took two years to investigate. “This child’s case was marked by lengthy delays, compounded by a lack of oversight from the HSE, poor record- keeping and a lack of effective communication and co-operation between HSE staff . . . ”

Snow 'on the way' as weather set to turn colder 10:31
New culture trying to ‘undo truths’ of Christianity, bishop says 09:57
Gardaí speak to man who was set on fire in Cork attack 08:57
Election 2020: FG and FF manifestos to promise billions in spending 02:56
Fresh delays and millions in extra costs for children’s hospital revealed 02:56