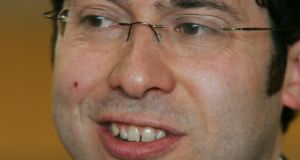 Prominent broadcasters are using their positions to argue in favour of same sex marriage ahead of the referendum on the issue, Senator Ronán Mullen has said.

The Independent senator said the same sex marriage referendum faces an uncertain future, adding that he “wouldn’t be surprised if the referendum isn’t passed at all.” Instead it is “quite possible that 60-40 will vote against it, maybe even two to one”, he said during an interview on The Irish Times Inside Politics podcast discussing his opposition to the referendum and the Child and Family Relationship Bill.

Mr Mullen said his views are shared by many in the Oireachtas. Such support was “more likely” to be found in Fianna Fáil and Fine Gael but he said he also believed there were people in Sinn Féin and Labour who felt the same also.

This statement, said Mr Mullen, was as “near as a Labour Party deputy can safely come”.

Despite holding such views, however, there was increasingly reluctance amongst politicians to express how they feel because of their “fear of the media and the party whip system”.

In response to queries from The Irish Times Mr Penrose said he “supported the referendum but has never supported sticking things down people’s throats. People can have their own views and that’s the essence of democracy”.

The media are particularly problematic according to the Senator who said that “the scrum had turned” and there was now a “phenomena of media groupthink”.

He said he looked forward to a more balanced debate as the referendum approaches. Up to now, it has been “all emotionalism”.

“If you look at RTÉ, if you look at presenters like Ray D’Arcy, Derek Mooney, Chris Donoghue and Ivan Yates on Newstalk, it’s a constant drip drip of agenda driving in a particular direction which really shows no respect for people. You have well paid people using ordinary people as pawns, seeking to manipulate their minds.”

The Senator also complained that the hard questions are “only really asked if you go against the dominant consensus”.

Ironically, he said the “dominant consensus” only existed in parts of Dublin, the media and the political establishment.

“It’s not the dominant consensus in Ballinasloe or Ballincollig.”