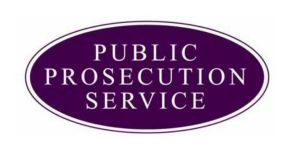 Fr John McManus has been restored to ministry by the church more than three years after the Northern Ireland Public Prosecution Service decided he had no case to answer following abuse allegations made against him.

A former chancellor of the Down and Connor diocese and its press spokesman for many years, Fr McManus denied the allegations, which were made in January 2011.

There has been no explanation as to why it has taken the church a further 3½ years to restore him to ministry.

Speaking at Masses he concelebrated with Fr McManus, in Portaferry and Ballygalget, Bishop of Down and Connor Noel Treanor said he was pleased to announce Fr McManus’s return to ministry in the diocese.

Coveney in Paris insists Irish fishing industry central to Brexit talks 20:02
Care homes and Covid: ‘The first line of defence is going to be a wall of vaccinated staff’ 19:55
Man (21) sentenced to community service over crash that killed friend 19:36
Family issue appeal over disappearance of Mayo woman 20 years ago 18:56
Banks warn customers about Brexit disruption to direct debits 18:43