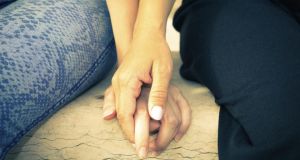 Alliance for the Defence of the Family and Marriage asserts that voting for same-sex marriage “is like voting for Islamic State-style sharia law”. Photograph: Thinkstock

Claims that same-sex couples die younger, are more prone to cancer, depression and suicide, as well as being more likely to abuse and injure children have been defended by the Alliance for the Defence of the Family and Marriage (Adfam).

The claims are made in a leaflet being distributed in advance of the marriage equality referendum next May.

The group has also defended its claim that same-sex marriage “is a confidence trick” which “tends to be very short-lived, and promiscuous” and that “frequently, same-sex pairs don’t even live together.”

A spokesman repeated the assertion that voting for same-sex marriage “is like voting for Islamic State-style sharia law. It is giving in to a very small minority.

“In this case, the very small minority will dictate what marriage means. Persecution of Christians surely will follow, and it will become a crime to teach and preach Christian morality.This has already happened elsewhere.”

Speaking to The Irish Times, Séamas de Barra said the claims are backed up by research undertaken in Denmark where civil partnerships were legalised in 1989. Mr de Barra, is secretary and treasurer of the alliance, said claims in the leaflet are also supported by research undertaken by Dutch psychologist Dr Gerard van den Aardweg.

The alliance’s chairman is Richard Greene of the Christian Solidarity Party.

The leaflet claims “sexual abuse is disproportionately homosexual in nature” and says the sexual abuse of children and adolescents will double if same-sex marriage is accepted, as sex abusers will use marriage and adoption rights to gain access to victims.