Churchgoers give their views on marriage referendum

Rita (83): ‘I’m just going to vote for gay people because I have nothing against them’ 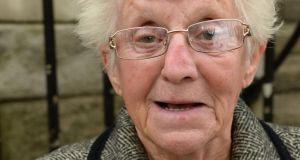 Rita O Connor: “I can’t understand why anybody is against it; they’ve done no harm to anyone.” Photograph: Cyril Byrne/The Irish Times 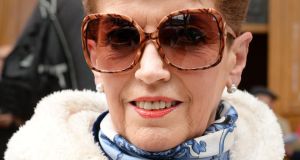 Maeve Calahan: “I have a brother who is in a civil partnership and he certainly wants to have full marriage.” Photograph: Cyril Byrne/The Irish Times

In religious institutions around the country, debate is taking place over what approach should be taken to the same-sex marriage referendum on May 22nd.

As worshippers filtered out of Dublin’s Pro-Cathedral following Sunday morning Mass, Rita O’Connor (83) wonders aloud about the possible rationale behind anyone voting No in the upcoming ballot.

“I’m just going to vote for gay people because I have nothing against them. I can’t understand why anybody is against it; they’ve done no harm to anyone,” said the Coolock resident.

“I think it’s a stupid carry-on the way the church is going on at the moment, ridiculous.”

Despite the strong opposition to same-sex marriage emanating from Catholic hierarchy, she’s not alone in her views.

A faithful follower of the church’s teachings on other issues, Tipperary woman Maeve Cahalan (64) is far from enamoured with some of the arguments being made by priests, bishops and cardinals.

“I have a brother who is in a civil partnership and he certainly wants to have full marriage,” she said.

“I’m not concerned about the church’s thinking, I just have my own opinions. They have to give their approach to it, which is the traditional view of marriage as being between a man and a woman.”

Stuart McConnell, speaking outside St Ann’s Church of Ireland on Dawson Street, told The Irish Times: “I will be voting Yes, not just because our son is gay but because they have a right to be treated equally, and at the moment they feel they’re not equal.

As can only be expected on such a divisive topic, divergent views exist in most faith communities, and Larry Thornton believes a Yes vote would be disastrous for the sanctity of marriage.

“I’ll be voting No. I’m a practising Catholic, and that’s just what I believe in because it’s the teaching of the church. Generally, I don’t think it’s morally right,” said the city centre native.