Psychiatrist says abortion law can be improved by amendment 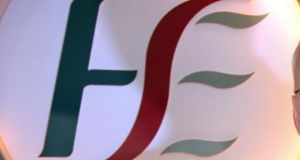 The terms of reference for the report into the treatment of the woman who sought an abortion are to be published today.

Consultant psychiatrist and former TD Dr Moosajee Bhamjee has warned that another controversial abortion case could happen at any time and has called on the Government to amend the existing legislation.

He said a fresh referendum on abortion was not a good idea. Dr Bhamjee works in private practice in Ennis and Galway having retired from the HSE in 2011.

He served one term as a Labour deputy for Clare in the 1990s.

“This could happen again next month, next week,” he said, referring to the case of the young woman who was refused an abortion and later had her pregnancy delivered by Caesarian section.

He said the Protection of Life During Pregnancy Act could be improved through amendments.

“I think the legislation could be amended without going to a referendum. Once we go to a referendum you get so many multiple views that you end up with a mess,” he said.

“The Government should look at amending the legislation rather than looking at going to a referendum. It causes too much controversy and conflict within society.”

Earlier Minister for Foreign Affairs Charlie Flanagan said he did not believe there was an appetite for a further referendum to remove the 8th amendment to the Constitution in relation to abortion.

Concerns for the psychological welfare of the young woman at the centre of the latest abortion controversy were brought to the HSE at the end of May, two months earlier than has been reported, it is understood.

The young woman, who was 16 weeks pregnant at the time, attempted to take her own life at that point, she has said.

Her pregnancy was delivered by Caesarean section earlier this month, at 25 weeks gestation. She was suicidal and says she had been refused a termination under the new abortion legislation.

Inside Politics podcast: Abortion in Ireland

Speaking today, the Minister said he agreed with Minister for Health Leo Varadkar’s direction to the HSE to seek a full report “to assemble all of the facts” in relation to the particular case.

He said he understood the HSE would have a report “sometime in September”.

The terms of reference for the review are expected to be published today.

“I believe time to be of the essence here. It’s absolutely essential that we have this report on the fact as quickly as possible. I see no reason why we can’t have this in a couple of weeks and I do believe it’s essential that the cabinet is fully briefed by Minister [for Health Leo] Varadkar in September.”

Mr Flanagan said there seemed to be “a conflict as to the engagement of members of the medical profession with the level of treatment” and with the timelines in the case.

Speaking on RTÉ’s Today with Sean O’Rourke programme, Mr Flanagan was asked about the possibility that the report might suggest that the Protection of Life During Pregnancy Act should be revisited in some way.

“Well, there is a suggestion that the Act isn’t working. However, I think before we can be conclusive on that or before we can form an opinion on that, we need to be apprised fully of the facts and the circumstances,” he said.

“ . . . I think it’s important that the review mechanism under the Act be allowed take place if the current case means bringing that forward a few months then so be it.”

On the question of a referendum to remove the 8th amendment provision on abortion, he said: “There doesn’t appear to be an appetite for a further referendum. However, it’s important that the Government does address the issue in the context of the facts of this particularly harrowing case, so early into the operation of the legislation.”

He was “not satisfied” that deleting the provision was the way forward “because the consequences of that will have to be weighed up in a way that perhaps they haven’t been to date”.

“So I’m not going down the referendum road. What I am anxious to do is that we see the operation of this Act, which is only a year in operation -in fact it’s much less than a year in operation - that we have a look at the workings of the Act in the context of what has happened in recent months which is a matter of some concern, I might add.”

The young woman in the case says she was pregnant as a result of rape before she came to the country and first asked for an abortion when she was eight weeks and four days pregnant, at the beginning of April. She was referred to the Irish Family Planning Association (IFPA) for counselling.

When told that the cost of travelling for an abortion could be as high as €1,500 at an IFPA counselling session in late May, she said she would rather die than continue with the pregnancy. The Irish Times understands she was then referred to a HSE staff member.

The revelation raises new questions about the HSE’s role in her care and why she was not referred at this stage to a GP, who could then refer her on to a psychiatrist under the terms of the Protection of Life During Pregnancy Act. The Act did not come into play in her case until July, when she attended a GP and was then referred to a psychiatrist.

A panel of two psychiatrists and one obstetrician was convened and it was agreed that she was suicidal and that the pregnancy should be ended. The care she received is now to be reviewed by the HSE.

The care she received from the time she found out she was pregnant in early April until the time she was delivered this month will be investigated.

Both the IFPA and the Department of Justice say they will co-operate fully with the investigation.

The HSE, when asked yesterday about the case being brought to its attention in May, reiterated that its director general had requested a report be completed for him that seeks to establish the full facts surrounding the case. “We will not be in a position to comment until these facts are established,” a spokeswoman said

The IFPA will not comment on the young woman’s case, citing client confidentiality. However, its chief executive, Niall Behan, said the association always did “all we possibly can” to assist women in crisis pregnancy.