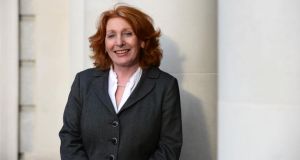 New legislation outlawing the administration of electro-convulsive therapy (ECT) to patients who have capacity and refuse it has been announced by Minister of State for Mental Health Kathleen Lynch. Photograph: Alan Betson/The Irish Times.

New legislation outlawing the administration of electro-convulsive therapy (ECT) to patients who have capacity and refuse it has been announced by Minister of State for Mental Health Kathleen Lynch.

Ms Lynch made the announcement at a mental health conference in University College Cork on Saturday.

Currently, a course of ECT may be administered to an involuntary patient even if that patient has capacity and refuses such treatment.

Speaking at the conference, Ms Lynch said she believed that where a patient has capacity and refuses ECT treatment “then those wishes must be respected”.

She said she would be bringing proposals forward in that regard.

The Minister also confirmed she would shortly seek approval from Government to give legislative effect to the recommendations of the recently concluded review of mental health legislation.

“Mental health legislation is complex and it’s important that we hear different perspectives on competing rights,” she said.

“It’s a delicate balancing act. Some favour broad professional discretion for clinicians to intervene when they judge it necessary whereas others favour limiting their legal authority to treat someone against their will.

“Our communities must on the one hand feel safe but on the other, we must ensure that those with severe mental health issues receive the necessary support and treatment in the least restrictive environment appropriate to their needs.

“But at the heart of the debate is protecting our core values of autonomy and dignity for the patient within a framework of robust processes, effective safeguards and top quality treatment that matches international best practice.”