Ms Y plans legal action against HSE and other agencies 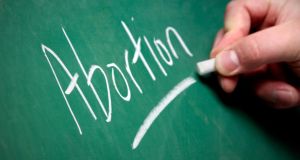 Ms Y, the asylum seeker who unsuccessfully sought an abortion after arriving in Ireland, is planning legal action against a number of bodies, including the Heath Service Executive. Photograph: Getty Images

Ms Y, the asylum seeker who last summer unsuccessfully sought an abortion after arriving in Ireland pregnant as a result of alleged rape, is planning legal action against a number of bodies, including the Heath Service Executive, the Department of Justice, the Reception and Integration Agency and the Garda National Immigration Bureau.

She is also planning legal action against the hospital where she was a maternity patient for a number of weeks until after her baby was delivered prematurely by Caesarean section in her third trimester.

The young woman alleges personal injury as a result of the treatment she received while in the care of these agencies. She alleges the Protection of Life During Pregnancy Act 2013 should have been invoked in her case far earlier than it was and that her pregnancy should have been terminated in the first or second trimester.

She alleges she clearly expressed suicidal thoughts to a number of agencies before she was referred for psychiatric assessment under the terms of the Act, at about 22/23 weeks gestation.

Ms Y arrived in the State at the end of March last year and found out she was pregnant soon after. She said she had been raped before she came here and immediately said she wanted an abortion.

She says she was at that stage informed of the costs of travelling for an abortion as well as the need for an exit and re-entry visa. She was later seen by a doctor at Spirasi, an NGO which works with survivors of torture. The organisation is not implicated in any planned legal action by Ms Y.

In June a doctor there, in a report for Ms Y’s asylum application, documented she was “very distressed and had a strong death wish”.

She came to the attention of HSE psychiatric services five weeks later at about 22/23 weeks’ gestation. She was assessed by three experts - two psychiatrists and an obstetrician - under the terms of the Protection of Life During Pregnancy Act. They agreed she was suicidal. She was refused an abortion, however, and her baby was delivered by Caesarean section at about 26 weeks, on August 6th.

“It is clear my client was legally entitled to an abortion under the Protection of Life During Pregnancy Act as soon as she expressed suicidal thoughts.”