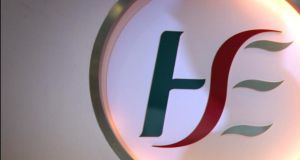 According to the unpublished report commissioned by the HSE, a major review of care services found examples of inappropriate placements or cases where children or carers were struggling to cope

More than 250 vulnerable children in the care of the State have been estimated to be in unsuitable care placements, according to an unpublished report commissioned by the HSE.

The findings are contained in a major review of care services which found examples of inappropriate placements or cases where children or carers were struggling to cope .

A Review of Capacity for Alternative Care Services , carried out by British firm Mark Brierley Consulting, involved detailed audits of about 600 care placements.

The report estimated the number of unsuitable placements equated to about 252 children nationally.

The report is dated October 2011 and pre-dates the establishment of the Child and Family Agency, which took over responsibility for child protection and support services from the HSE earlier this year.

In response to the report, Gordon Jeyes, head of the agency, said the findings have fed into a programme of reform to tackle weaknesses in care placements.

“Ongoing reforms have focus ed on greater awareness of the needs of individual children, support of foster carers and greater cohesion in support services,” he said.

The provision of high-support and special-care placements for children with more challenging needs is also the focus of the report.

High-support units are a form of residential care aimed at young people with emotional and behavioural problems who cannot be adequately cared for in mainstream care.

Special-care places are a more restrictive form of care which provide for the detention of children.

Overall, it found only 27 per cent of applications by social workers for high support for children were accepted, while this rose to 46 per cent for special care.

All applications for care are reviewed by a multidisciplinary and independent referral group.

The report – released under the Freedom of Information Act – does not provide commentary on the findings.

But children’s advocate Senator Jillian van Turnhout voiced concern last night at the scale of placements which are not suitable for vulnerable children.

In the case of special care and high support, she said there were children with urgent and complex care needs who were often not able to get a suitable placement.

“These are children in crisis,” she said. “It’s not an exaggeration to say it’s a matter of life or death for some. These are the types of cases we read in the child death reports and surely we have learned by now.”

Mr Jeyes said the high rate of refusals for care placements illustrated the need to improve a “shared understanding among referring social workers of the service delivered by special care teams and the requirement for time-limited focused interventions”.

“The improvement in Ireland’s special care provision has since been evidenced in reports by the Health Information and Quality Authority and in testimony from guardians ad litem and others.”

The report also provides new details on the high costs charged by some private operators in the care system.

An agreement was reached after the report was compiled that private residential care would be charged at a flat rate of €5,000 a week, with any addition money being charged solely for specialised services.