Long-established focal points have been revitalised 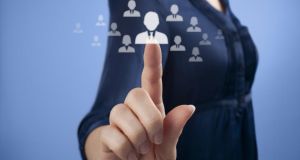 In their working paper for a proposed “strategy for the Irish diaspora” in 2008, National University of Ireland researchers Mark Boyle and Rob Kitchin spoke of a “shrunken” community which was losing its cohesion. Membership was ageing, many of those who had left Ireland during the 1980s had returned, and the traditional imperatives which had helped the Irish abroad to maintain a strong sense of identity – the pervasiveness of anti-Irish prejudice, the question over the future of Northern Ireland, and the economic need in the Republic for philanthropic support – had weakened.

The vast majority of people who moved abroad during the boom did so by choice, and although many stayed connected through Irish business networks overseas, the desire of this cohort to maintain cultural and social connections with Ireland was perhaps not as strong as it had been for previous generations who had left out of economic necessity.


Reinvigorated community
But as emigration began to rise, from 13,100 Irish people in 2008 to 46,500 in the 12 months to April 2012, the Irish community overseas began to be reinvigorated. Recent arrivals have been able to link in with long-established Irish communities in their adoptive homes as well as create whole new networks of their own, as technology and the growth of social media allow them to find each other in virtual spaces rather than in the local Irish pub or club.

“This generation are leaving during a period of economic decline, so there is a broad sense of anger and disappointment at having to leave,” says Martin Russell, diaspora researcher at the Clinton Institute in University College Dublin. This may mean they are more inclined to want to stay connected with other Irish people than those who moved abroad by choice during the boom, for example.

Most would agree that no amount of socialising in the virtual world can replace the role played by traditional support systems and established networks working with Irish communities abroad, to which the Irish diaspora historically owes its strength.


Real-world connections
“In many ways the Irish abroad have a great head start in our highly networked world,” says Noreen Bowden of globalirish.ie, an online network for the Irish abroad. “Institutions like the church, the GAA, and the music and dance scene have long had a major role to play in getting Irish people together in real-world situations, and these kinds of connections still have impact today.”

The GAA abroad has been completely reinvigorated in recent years in line with the rise in emigration. GAA clubs abroad, from Stockholm to Singapore, are burgeoning, with almost 400 clubs outside of Ireland registered with the GAA.

While researching the Irish diaspora in London for her PhD from Queen’s University in Belfast, Frances Harkin discovered that although the Irish pubs or social clubs are no longer as important as they once were, the GAA remains a strong focal point. Many clubs are also helping people to find accommodation or work when they land.

Russell says Ireland is a global leader in diaspora engagement, by allowing them to take co-ownership of their relationship with Ireland.

“The most important thing is we ensure the diaspora continue to have a constructive role, which has to happen across generations. Previous generations need new leadership and fresh ideas, and these young people who are going abroad today are vital in that. The relationship between them and Ireland has to be cultivated, and technology advances will play a crucial role in the future.”