Doctors “surprised and concerned” at enactment of abortion legislation without guidelines 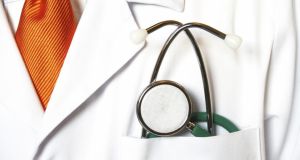 The Irish College of General Practitioners has added its voice to growing concern among health professionals at the enactment of abortion legislation without clinical guidelines.

The Irish College of General Practitioners has added its voice to growing concern among health professionals at the enactment this week of the new abortion legislation without clinical guidelines.

Dr Miriam Daly, the college’s programme director for women’s health, said in a statement yesterday that commencement of the Protection of Life During Act 2013 without guidance on how it is to be implemented was “clearly unsatisfactory”.

The College of Psychiatrists has already advised its members not to take part in review panels provided for under the legislation, to assess pregnant women expressing suicidal thoughts, until clinical guidelines from the Department of Health are issued.

Dr Daly said yesterday: “We absolutely understand the position of our colleagues in the Irish College of Psychiatry who have serious reservations about acting under the legislation until guidelines and procedures are agreed and in place.

“Our guidance to our general practitioner members is to follow the usual procedure when a patient presents with a life-threatening condition and to refer to the appropriate specialist,” he said. “The present situation, where there are significant issues around referral to specialists, that have not been clarified, is clearly unsatisfactory.

“The college was surprised and concerned to see the legislation passing into law before the guidance document had been completed or published.”

The HSE said a review panel had been established “with all of the relevant clinical specialties” but declined to identify any member.

A spokeswoman for the department said: “The guidance document to assist health professionals in the implementation of the Act is at an advanced stage and it is expected to be signed off early this year.”

The Protection of Life During Pregnancy Act came into force on January 1st. It sets out for the first time the circumstances in which a woman may legally access an abortion, when there is a “real and substantial risk” to her life, including by suicide.

An implementation committee was appointed last year by the department to draw up clinical guidelines on how the legislation would work in practice.

The Act says that a woman with suicidal thoughts has the right to an abortion once three medical practitioners, including two psychiatrists, have “jointly certified in good faith” that she must have one to save her life.

If the three doctors do not agree she has the right to appeal to a review panel. The Act says this panel must be established and maintained by the HSE and must include “at least 10 medical practitioners”.

The College of Psychiatrists has declined do so until the guidelines implementation committee reports.

Sources suggest this implementation report will not come for some months.

The RCSI has not nominated a member for the review panel but declined to comment further.

While an abortion to save a woman’s life where the threat is physical is likely to be less contentious, the College of Psychiatrists is concerned at the lack of clarity as to how a pregnant woman with suicidal thoughts, and the doctors caring for her, will access psychiatric first and second opinions and how she may access review panels if she is unhappy with the decisions of the first three practitioners.

The college is also calling for a mechanism for GPs to “bypass” the local HSE psychiatrist if they have concerns about their ideological stance on abortion.