When too much empathy is dangerous

When empathy causes us to ignore logic or science, its consequences can be harmful to all 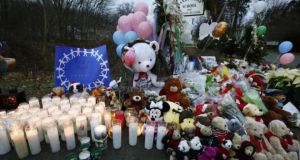 Empathy is strongly aroused by “the identifiable victim effect” – stories of misfortunes or tragedies that occur to individual or small groups of identifiable people, covered extensively in the media, such as the 20 children who were shot dead at the Sandy Hook elementary school in Connecticut last December. Photograph: Reuters

There is a widespread feeling in the social sciences that an increase in empathy would be desirable, producing benefits ranging from increased aid for the disadvantaged to solving environmental problems. However, Paul Bloom argues persuasively that empathy can be counterproductive, even dangerous, if it is not tempered by rational analysis (The New Yorker, May 28, 2013).

The dictionary defines empathy as “the power of understanding and imaginatively entering into another person’s feelings”. Empathy is important in forming moral judgments, motivating moral actions and facilitating civilised interactions between people. Neurological studies have shown that some of the same neural pathways that are activated when we suffer pain are involved when we see others suffer. Psychological research shows that subjects become more caring and helpful when instructed to see the world from another’s perspective.

About 1 per cent of the population are psychopaths, one of whose defining characteristics is lack of empathy. Although in this case other characteristics such as callousness and lying probably stem from this lack of empathy, empathydeficiency doesn’t necessarily lead to immoral behaviour. People with autism, although empathy-deficient, can be highly moral, feeling compelled to follow and apply rules fairly.

Two new books, The Empathic Civilization by Jeremy Rifkin (Penguin 2009 ) and Humanity on a Tightrope by Paul Ehrlich and Robert Ornstein (Rowman and Littlefield 2012), claim that most human progress relies on empathy and the survival of our species depends on our acquiring even more.

Bloom doesn’t agree. “This enthusiasm [for empathy] may be misplaced. Empathy has some unfortunate features – it is parochial, narrow-minded and innumerate. We’re often at our best when we’re smart enough not to rely on it.”

Empathy is strongly aroused by “the identifiable victim effect” – stories of misfortunes or tragedies that occur to individual or small groups of identifiable people, covered extensively in the media, such as the 20 children who were shot dead at the Sandy Hook elementary school in Connecticut last December.

The past 30 years saw 60 mass shootings in the US, killing about 500 people but representing only 0.1 per cent of all homicides there over that period. Such mass murders command huge media attention whereas the 99.9 per cent of other homicides are like the hum of background traffic that we tune out of consciousness.

Bloom illustrates “the identifiable victim effect” by quoting economist Thomas Shelling. “Let a six-year-old girl with brown hair need thousands of dollars for an operation that will prolong her life until Christmas and the post office will be swamped with nickels and dimes to save her. But let it be reported that without a sales tax the hospital facilities of the State will deteriorate and cause a barely perceptible increase in preventable deaths – not many will drop a tear or reach for their cheque books.”

Empathy is also important in larger contexts, such as global warming. Science tells us that unchecked global warming will precipitate catastrophic climate change, even threatening the existence of humanity, and that our only hope to save ourselves is to drastically and immediately reduce societal emissions of carbon dioxide. If we take no action, billions of people will suffer terrible consequences at some unspecified future date.

But abstract statistics don’t engage our empathy. On the other hand, those who oppose reductions in carbon dioxide emissions have many identifiable victims now – all those who will be hurt by the high cost of reducing emissions. Consequently, empathic concerns today frustrate action to reduce emissions allowing global warming, that will harm countless people in the future, to continue. The lesson is: good moral judgments and good deeds often call on us to put empathy to one side.

William Reville is an emeritus professor of biochemistry and public awareness of science officer at UCC.
understandingscience.ucc.ie