TCD and UCD in vanguard of ancient Africa migration study 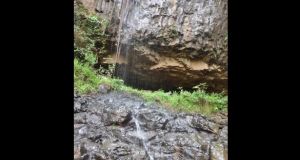 Irish scientists were deeply involved in a study that has revealed surprising new findings about the migration of ancient farmers back into Africa.

The study was based on the analysis of ancient DNA recovered from the skull of a man buried 4,500 years ago in a cave in Ethiopia.

Most people are familiar with the idea that there was a migration of early humans who moved out of Africa to colonise Europe and Asia between 60,000 and 125,000 years ago.

What is less well known is the fact that a substantial number of these migrants returned to Africa much more recently between 3,000 and 3,500 years ago.

This migration and its timing has now been confirmed after the successful copying of a full genome from the skeleton in the Mota Cave in the Ethiopian highlands.

This is the first ancient DNA from Africa to be sequenced, said Ron Pinhasi, associate professor in UCD’s school of archeology and the Earth Institute. He was co-senior author of the study published on Thursday in the journal Science.

He developed the technique of extracting ancient DNA from the thick “petrous” bone located at the base of the skull behind the ear.

“This migration is new, it has been suggested but nobody before us actually had the capacity to get this DNA for analysis,” he said.

Why these migrants travelled back into Africa is a mystery but archaeological evidence links them to new crops developed in the Levant and brought to east Africa including wheat and barley.

The DNA confirms the migrants were from what is now the Middle East and were direct descendants of the Neolithic farmers who brought agriculture into Europe 7,000 years ago but then returned to Africa 4,000 years later.

“It’s quite remarkable that genetically speaking this is the same population that left the near east several millennia previously,” said PhD researcher in genetics at Trinity College Dublin Eppie Jones, who led the laboratory work to sequence the genome.

These migrants “seeped right across the continent, way beyond east Africa”, from the west coast and south to the heart of the Congo, he said. People from these areas show this in their DNA with up to seven per cent of their genomes derived from the Levant migrants.

The genetic impact of the migrants was much greater in east Africa, where the DNA of today’s populations are up to 25 per cent derived from the migrants.

“What was surprising was the migrant DNA was distributed all over Africa and all modern Africans have this mixture,” said Prof Pinhasi.