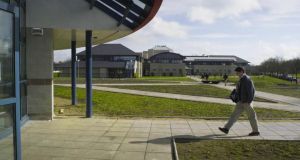 Researchers at NUI Maynooth have discovered a microscopic worm that battles to the death in order to kill off rivals, protect a food source and get to claim all the females. Photograph: Frank Miller


Researchers at NUI Maynooth have discovered a microscopic worm that battles to the death in order to kill off rivals, protect a food source and get to claim all the females. It is the Genghis Khan of the worm world given its no nonsense approach to running the neighbourhood.

The fearsome Mongol leader conquered lands from eastern Asia to the edge of Europe, leaving his military mark but also a genetic one. His genes are seen in 0.5 per cent of the world male population or 16 million descendants, so to say the least the Great Khan got around.

The nematode worm Steirnema longicaudum is doing a good imitation, fighting to kill off male rivals and see its own genes spread as far as possible. Its field of battle, however, only extends as far as the inside of a dead insect.

The microscopic worms invade insects, using them as a handy meal on wheels as it were for their developing young, explains Dr Christine Griffin who, with PhD student Annemie Zennernt and colleagues at NUI Maynooth, discovered the bloodthirsty approach of this species of fight-to-the-finish worms. “They enter and kill the insect and develop inside and this presents a large resource,” she said. “The worms that invade an insect first are the ones who will fight.”