Isaac Newton was my father: the maths family tree

That’s Maths: It is great fun to find that Newton, Euler or Gauss is in one’s academic ‘family tree’ 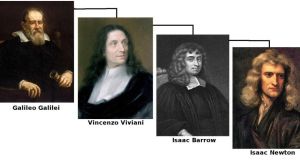 In the Mathematics Genealogy Project, parent-child relationships are replaced by links between students and their doctoral supervisors or between mentors and their proteges

There is great public interest in genealogy. Many of us live in hope of identifying some illustrious forebear, or enjoy the frisson of having a notorious murderer in our family tree. Numerous websites facilitate the search, and online census returns have led to an explosion of interest in the field.

Academic lineages can also be traced. A project called the Mathematics Genealogy Project has assembled a huge database of mathematicians. Parent-child relationships are replaced by links between students and their doctoral supervisors or, before PhDs were common, links between mentors and proteges. Usually this means one-parent families, but there are often two or more advisers, making the structure or topology of the family tree more complex and more interesting.

Mathematics Genealogy Project was set up in the 1996 by Harry Coonce, then at Minnesota State University. It was a labour of love, and he worked incessantly on developing the project with meagre resources. It is hosted by North Dakota State University’s website. The number of entries has grown steadily, with about 1,000 new ones every month, and is now close to 200,000. The term “mathematician” is interpreted quite broadly and includes computer scientists and theoretical physicists.

To give an example, click back through the links from Grigori Perelman, the mathematician who in 2003 proved the Poincaré conjecture, and you get to Andrei Markov and Pafnuty Chebyshev, giants of probability and statistics. Before them comes Nikolai Lobachevsky, famous for inventing hyperbolic geometry. Erasmus is also among Perelman’s “ancestors”. The trail eventually goes cold, but not until the beginning of the 14th century.

Generally, the links stop somewhere like medieval Oxford or Renaissance Bologna. Since many mathematicians have more than one adviser, the number of forebears grows substantially as we go further back, and the chances of having a famous ancestor are high. Still, it is great fun to find that Newton, Euler or Gauss is in one’s academic family tree, even if one in three mathematicians can make a similar claim. And if you get to Newton, you get to Galileo too (see image).

Mentor-protege links are not guaranteed to provide a meaningful chain between modern mathematicians and the greats of earlier times. But as long as they are not overinterpreted, they do provide valuable information about the connections between mathematicians of different eras and locations. Assuming that strong students identify good supervisors and excellent advisers take only the best candidates, then, by and large, better students should link back to more famous mathematicians. A sparkling academic lineage may be only loosely coupled to academic prowess, but we all get a thrill to link to someone famous.

The Mathematics Genealogy Project database is like a giant genealogical chart, with the interconnections forming a network or graph. Currently, entries go back to about AD 1,300. The ultimate aim is to include all mathematicians in the world.

Who would not love to be a descendant of Archimedes? Wouldn’t it be wonderful if we could establish a link back to ancient Greece, and to the mathematicians of Babylonia, India and China? But that is a dream.