Giving to get: how taking care of nature saves money 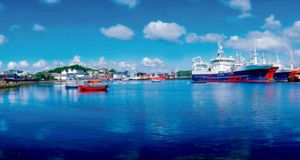 Our mothers – where would we be without them, feeding us, watering us, minding us and providing a host of services we hardly realise?

How appropriate then the use of “Mother Nature” when we describe the natural world around us. Mother Nature provides humankind with an estimated €92 trillion worth of goods and services every year, according to author Tony Juniper.

These include essentials such as clean water and air, plant pollination, natural cleaning services and the riches coming from the oceans. Add to that the soil that supports food production and the bounty that is DNA and the list goes on.

Juniper spent 30 years working with bodies such as Friends of the Earth and the Wildlife Trust and learning just how much we rely on the generosity of Mother Nature. And he brings these experiences together in a book released earlier this month, What Has Nature Ever Done for Us – How Money Really Does Grow on Trees.

The idea that we receive all of these services at no cost and that we can pursue sustained economic growth without looking after the environment represents “one of the greatest misconceptions in history”, he told The Irish Times. “We need to look at economics differently.”

Economic growth is pursued without regard for what impact it will have on the natural world, he says. It is a “false economy” when built on a battleground where it is humankind against nature. “We too often see nature as something that we can plunder for economic advantage.”

There are limits to Mother Nature’s patience, however. We can undermine her generosity but at a genuine cost that burns up real money. For example, more than 90 per cent of our food is grown in soil, yet a third of the world’s farmed soil has been degraded since the 1950s due to bad agricultural practices, says Juniper.

The response is to try and drive more production by adding nitrates and other chemicals, additional inputs that carry a financial cost. But this in turn also delivers a downstream cost, with Europe spending about €70 billion a year dealing with nitrogen pollution, says Juniper.

The benefits – and the potential losses – are also clear when looking at the crop pollination services provided by nature. Annual crop sales dependent on natural pollinators are worth an estimated €770 billion a year, he says, but we are threatening the very source of this wealth.

Changed habitats and urban growth are putting many key pollinators under pressure. Mites and viral infections are also spreading through bee and bumble bee populations, greatly reducing the potential for essential crop pollination.

And it is not just bees. We are also causing difficulties for other important pollinators such as bats, birds and butterflies. Butterfly Conservation Europe estimates that a third of all European butterfly species are in decline and a 10th of the total are at risk of extinction, says Juniper.

Insects of all kinds are the “essential workers in the fields”, he says, and are difficult to replace, as seen in Maoxian county in Sichuan, China. Over-use of pesticides has wiped out insect pollinators that used to fertilise apple and pear trees.

Left without an alternative, the farmers have taken to climbing the fruit trees , pollinating the flowers by hand using brushes made of chicken feathers and cigarette filters, Juniper says.

In many cases, preventing these kinds of difficulties for ourselves means going with rather than against nature, he says. “Once you show the problem and the solution it makes sense to start building our economic future by going with nature.”

For this reason he advocates building a “bioeconomy”, one that meets human needs while also protecting the natural systems that provide us with essential services. It also means protecting biodiversity, which he describes as “eco-innovation”. Every species carries within it unique DNA, genetic coding that produces unique proteins. These provide a rich resource that can be used to produce new medicines. A quarter or more of the products developed by the pharmaceutical industry depend on genetic diversity, Juniper says.

Tony Juniper will deliver a talk on January 31st at the Environ 2013 conference at NUI Galway.

Loss of vultures led to 48,000 rabies deaths in India

The sudden wipe-out of the Indian vulture population provides one of the clearest examples of how the loss of “natural services” can trigger economic and societal loss.

The veterinary use of the anti-inflammatory drug diclofenac in the mid-1990s across India caused the deaths of between 97 and 99 per cent of the vulture population. This loss directly resulted in about 48,000 human deaths and has cost India an estimated €26 billion.

The vultures provided a “free” cleaning service, collectively removing up to 12 million tonnes of dead livestock a year. When diclofenac began to appear in carcasses, up to 40 million vultures died, leaving dead livestock rotting in the fields.

This caused the wild-dog population to rocket to about seven million and increased the transmission of rabies, with the human death toll from the disease rising by 48,000.

The cost of dealing with the health issues and disposal of the carcasses has cost India billions, says author Tony Juniper. “This was a service done for nothing by the vultures.”

The veterinary use of diclofenac has been banned, but efforts to increase the vulture population have been thwarted by the continued illegal use of the drug in livestock.

There are similar stories from around the world showing how we can put at risk the services provided to us by nature, delivering costs to society as we attempt to reverse the damage.