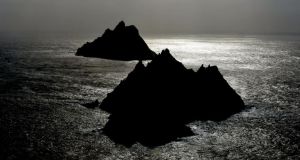 Climate change is having an impact on biodiversity and is putting all kinds of species under pressure. Photograph: David Sleator

Natural habitats for animals, birds, plants and fish are all under pressure in Ireland due to the impact of humans through changing land use.

A new report shows that progress on protecting our natural biodiversity is not good enough to rescue species under threat.

Climate change is having an impact on biodiversity and is putting all kinds of species under pressure. This does not only relate to average temperatures, it can also have impacts through drought or too much rain. The human impacts are more profound however, he said. Mostly they relate to changing land use and this has implications for species on the edge due to other factors.

The report used information collected by government agencies, NGOs and other groups and then identified a set of “indicator species” that are used to gauge any changes that take place in nature, he said.

Species are chosen so that they reflect the health of the habitats in which the animals live, Dr Murray said. Habitats include bogs, coastal lagoons and grasslands to name a few.

Data has been collected for 50 of the 87 indicator species and 60 per cent show inadequate progress in delivering biodiversity conservation, Dr Murray said. Alarmingly, only 5 per cent of Ireland’s 31,500 known species have had their conservation status assessed and of these a fifth are assessed as threatened.

Some progress is being made on species and habitats meant to be protected under EU regulations, but Ireland “still struggles” to conserve nature, the report says.