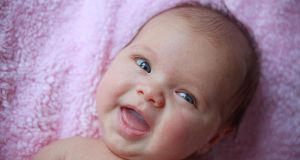 Typically developing children and children with autism equally averted their gaze while thinking about a response. Photograph: Kenny Louie/Wikimedia Commons

Children with autism might be missing “crucial” non-verbal gestures because they typically look away more than others when listening to parents and teachers. Looking away however, might not always be a bad thing, according to new research.

Typically developing children and children with autism equally averted their gaze while thinking about a response, according to a study carried out at Durham and Northumbria universities and presented today at the British Science Festival in Newcastle.

The psychologists found that youngsters with autism looked away more often than children without autism when listening to people. This could lead to children missing non-verbal gestures and cues such as facial expressions that usually aid social interaction, they said.

Missing these cues could negatively impact upon their social interaction skills and on the flow of their communication, the researchers added.

More work was needed to be done to increase awareness of “looking behaviours”, particularly in the classroom as a child’s gaze behaviour can be a good indicator of concentration and problem solving.

“Gaze training” interventions that teach pupils with autism-appropriate gaze strategies could be provided from an early age to ensure children who are struggling with social interaction receive appropriate support, the researchers said.

They recommended that any training programme or intervention would need to recognise that “gaze is, and should be, modulated throughout an interaction” according to a statement from the research group.

The researchers ran problem-solving tests with typically developing children, and those with autism or with the rare neurodevelopmental disorder Williams Syndrome.

“When we need to think about a complex task, we need to ‘switch off’ from our visual environment to use our internal thought processes,” said Professor Gwyneth Doherty-Sneddon, Associate Dean for Research and Innovation, at Northumbria University.

It is typical and useful for people to look away while thinking, remembering or problem solving, and children with autism also use gaze aversion while they think in order to concentrate better, according to the findings.

However it is their gaze behaviour while listening that differs from typically developing children.