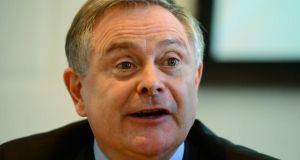 The line adopted by both parties in the run-up to the 2011 general election was unashamedly populist. They each argued there were hundreds of State agencies and boards in existence with inflated pay and costs that weren’t giving bang for the taxpayers’ buck. It fed into a narrative of Government “waste” that was being pushed by the opposition at the time.

In its 2011 manifesto Labour promised “a reduction in the number of quangos and duplication of agencies and government departments”.

The rationale was simple: leaner and more efficient government; huge savings to the taxpayer.

Sleight of hand
In November 2011 the Minister for Public Expenditure and Reform Brendan Howlin announced an ambitious rationalisation plan that promised the merger, abolition, or restructuring of almost 100 State agencies or offices. What’s more, he promised 48 of the actions would be completed by the end of 2012, with the remaining 42 following in short order after a “critical review”.

What was announced amounted to a mixture of over-optimism, naivety, hubris, as well as a fair bit of political sleight of hand.

For one, the timetable was ludicrous. Not only were the 48 actions not completed by the end of 2012 but as we approach the middle of 2014 only about half of the first tranche of 48 projects have been completed. Many of those were “easy wins”. More problematic mergers such as the new body to replace the four workplace rights bodies have still to be completed, as has the formal merger of the Equality Authority with the Human Rights Commission (which is now five years in the making).

Howlin and others have argued that for some of the changes, primary legislation was required and that the merged bodies have operated in shadow form since then. But the new equality and human rights body, Irish Human Rights and Equality Commission, which operates in that manner, has simply not made anything like the public impact the two bodies it is replacing made.

The second element was the sleight of hand. The Government didn’t go out of its way to correct the impression that almost 100 bodies were for the chop. In reality, some half of the changes didn’t involve abolition, rather the transfer of administrative functions to another body. One example of non-abolition is the merger of functions of An Coimisinéir Teanga (Irish language commissioner) with the Ombudsman’s Office. The office of An Coimisinéir in Galway will remain, as will all staff. Some minor administrative functions will be lost but the net gain in money and efficiency will be marginal.

Savings modest
The Government also conveniently forgot to mention that some 17 of the 48 actions had already been announced and initiated by the previous government from 2009.

It quickly became apparent also that the savings predicted by Fine Gael and Labour while in opposition could not hope to be realised. Howlin quickly acknowledged the reductions in cost to the exchequer would be modest.

The reality was that permanent public employees working for the agencies being rationalised could not be fired. One of the early actions was the reduction in the number of Vocational Education Committees (VECs) from 33 to 16. However, there was no reduction in the number of overall staff, with one exception. The chief executives of 17 VECs no longer had a specific role and all of them were redeployed into positions of equal status in the Department of Education and elsewhere.

Wexford VEC, Waterford City VEC, and Co Waterford VEC were merged into one. However, there is a rule in the public service that employees cannot be asked to move to a new office more than 50km away from their current place of work. As the new HQ in Wexford was more than 50km away from the two Waterford offices, all three offices remained open and all deployed the exact same number of staff, bar two chief executives.

The other difficulty is that circumstances never stay static. More than 30 new bodies have been established or proposed since 2011. While not all of them may be established, it reduces the net reduction to little more than the fingers of both hands. As to the claims of Fine Gael in 2010 that 145 quangos would be abolished, it’s a case of “find the lady”.

New culture trying to ‘undo truths’ of Christianity, bishop says 09:57
Gardaí speak to man who was set on fire in Cork attack 08:57
Election 2020: FG and FF manifestos to promise billions in spending 02:56
Fresh delays and millions in extra costs for children’s hospital revealed 02:56
Asylum claims by Georgians and Albanians brought to abrupt halt 02:43
SUBSCRIBER ONLY