More than 70 candidates whittled down, with Sinn Féin leading the way 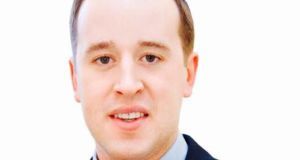 Mayor of Waterford John Cummins from of Fine Gael who has secured a seat in Waterford.

After two intense days filled with a mixture of jubilant displays and defeated demeanors, 32 councillors have been elected to the newly amalgamated Waterford City and County Council.

A total of 44,865 votes, 44,248 of which were valid, were sorted through at the count centre in the sports Centre Waterford Institute of Technology (WIT) yesterday and today, resulting in over 70 candidates being whittled down by more than half.

This year’s local elections were not without their shocks and surprises, with Sinn Féin leading the way with the first elected councillor, John Hearne.

Longstanding city and county councillors were not saved from the guillotine.

In Waterford City South, Seamus Ryan, who has made it through a number of elections unscathed, narrowly lost out in the ninth count.

Fine Gael’s Brendán Coffey, brother of Paudie Coffey TD, missed out on a seat in the Comeragh electoral area after being eliminated in the ninth count.

Labour’s Ger Barron, who first contested the election in 1999, was also unlucky to lose his seat in Comeragh on the sixth count.

In Waterford City East, Fine Gael’s Tom Cunningham and Labour’s Jack Walsh were excluded in the ninth and seventh counts.