Slideshow: The 12 labours of Enda Kenny

An exhibition in Russia has likened the ‘glorious achievements’ of Vladimir Putin to the labours of Hercules. We tried to do the same for Taoiseach Enda Kenny ... a labour in itself 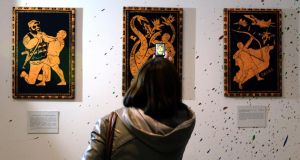 Politicians, they can’t get no respect! Except in Russia, where last week, to celebrate the 62nd birthday of Vladimir Putin, a Moscow gallery opened an exhibition modelled on the 12 labours of Hercules.

Arranged by the organiser of a Putin Facebook fan group, Mikhail Antonov, the exhibition depicts a toga-clad Putin heroically tackling the problems of modern Russia. 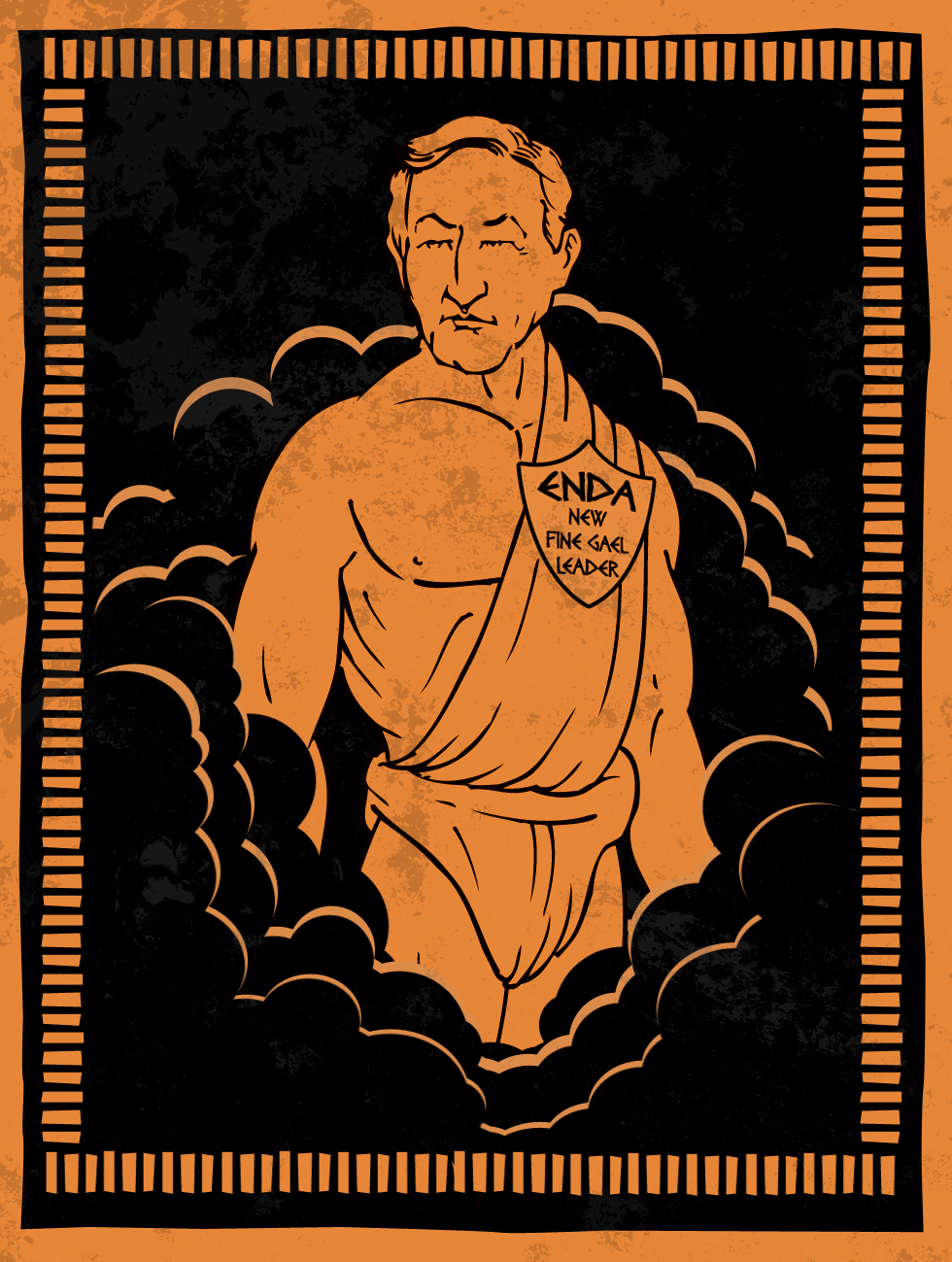 In one image he captures the Crimean ox. In another he carries the world on his shoulders. He also fights a three-headed dog (the US), wrestles with a bearded giant (terrorism) and fires arrows at warplanes (representing the US-led intervention in Syria).

We thought it was a shame that nobody had honoured our own leader in this manner. So we’ve taken some key moments from Taoiseach Enda Kenny’s career – some arguably impressive, others not so much – and asked the illustrator Matthew Griffin to interpret them for us.