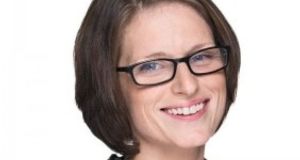 Sinn Féin TD for Clare Violet-Anne Wynne has said she will donate rent arrears owed by her family of more than €12,000 to a mental charity.

Sinn Féin TD for Clare Violet-Anne Wynne has said she will donate rent arrears owed by her and her partner of more than €12,000 to a mental health charity.

Rural Resettlement Ireland (RRI) took a case against Ms Wynne and her partner John Montaine seeking that they respond to a claim it issued for €12,126, which was the sum of four years’ arrears owed up to June 3rd, 2016 on a social house.

RRI was granted a decree for the repossession of the dwelling at Tullycrine in Kilrush by Ennis District Court on July 28th, 2017 with a two month stay. A weekly rent of €63.64 was set under a letting agreement dated December 1st, 2011 and the family remained in the Tullycrine house until December 2017.

A statement prepared by RRI for the court case described the rent payment record on the house as being “catastrophic” from day one.

“By the end of the first year the family had accumulated arrears of €1,763. By the end of year two, their arrears were €4,106. The last payment we received was €65 on August 2013. I believe this record speaks for itself,” Jim Connolly, the founder of RRI, said in the statement.

Ms Wynne, who became the first Sinn Féin TD to be elected in Clare in almost 100 years in the general election, said the couple paid 12 months rent and a deposit but then experienced serious financial difficulties due to health problems.

Mr Connolly last week proposed that Ms Wynne, who will earn an annual salary of €96,189 as a TD, make a donation of €12,000 to Mid-West Simon for the benefit of Clare families because RRI no longer exists.

Ms Wynne last week declined to comment on the charity donation proposal but in a statement on Friday night stated that she was “more than willing to pay back the arrears”.

“Doing so is made more complicated as Rural Resettlement Ireland is no longer in existence,” she said. “But if paying back the RRI isn’t possible, I would like instead to pay the money back to a charity such as a mental health charity as those services are underfunded in the region.”

Ms Wynne, a mother of five, said that at the time the arrears built-up her partner was “very ill with hemiplegic migraine”.

“He was out of work as a result and we also had a sick child too so we were travelling back and forth to Limerick every day with him to the hospital,” she said. “It was a difficult time for us but thankfully our circumstances have changed.”

Ms Wynne had last week said the raising of the court case smacked of desperation from those who want to discredit her and distract her from her work.

Mr Connolly said he would issue a statement about Ms Wynne’s pledge when the chosen charity publicly confirmed it had received all the money.