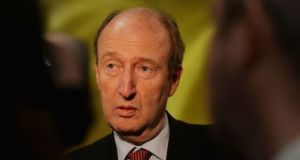 Shane Ross: We have to keep the boom in the tourism industry going.

Minister for Tourism Shane Ross is not in favour of changing the low VAT rate for the hospitality sector.

He said the hospitality and tourism industry still need the measure which he says is good for the industry.

A Department of Finance briefing document prepared for the Minister, Paschal Donohoe, argued the 9 per cent rate should be scrapped and that a return to the 13.5 per cent rate would ield €500 million a year.

However, Mr Ross told RTÉ’s Morning Ireland that there could be grounds for the lower rate to be removed for large hotels which exceed a certain turnover.

“It is just a position paper at this stage. If the big hotels don’t need it, then leave it for those who do need it.”

“The tourism industry has boomed, we’ve got to keep it going. It is so important especially in light of Brexit.”