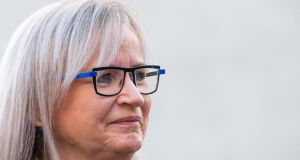 Some of the TDs and Senators at the Oireachtas Communications Committee on Tuesday were annoyed at RTÉ because of a plan proposed to move Lyric FM out of Limerick.

Mind you, the Government, which has seen the detail of the cost savings plans, is not totally convinced by them either.

Many TDs and Senators remain annoyed by the salaries paid by the broadcaster to some of its best-known presenters. Several committee members questioned director general Dee Forbes and her team closely about the proposed 15 per cent reduction to the salaries received by the top earners, who have become a lightning rod for political annoyance at RTÉ’s habit of running deficits and then coming cap in hand seeking State support.

Discussions with one “contractor” had been concluded, Forbes admitted. The others were continuing.

It would be hard to overestimate political interest in the topic. After Forbes repeated that RTÉ’s bill for its highest earners had fallen by 30 per cent since the height of the boom over a decade ago, Senator Michael McDowell returned to the subject, wondering if that reduction included the departure of one of the biggest names – Pat Kenny who left for Newstalk. It does, apparently.

Taoiseach Leo Varadkar was not at the committee, but he had his own gripe about RTÉ in the Dáil chamber. Referring to the publication of the UN Human Development Index, which found that Ireland was the third-best country in the world to live in, the Taoiseach said he looked forward to “the Prime Time special dedicated to exactly how we managed” to rise up the rankings.

This is good knockabout stuff, of course. But it is also a window on to what Government actually thinks, at one level anyway. The Cabinet had a good moan about RTÉ at its morning meeting – something that happens to all administrations as they enter their final phase – and one Minister privately asked exactly the same question a few hours earlier.

Of course, Varadkar is not telling RTÉ to put on a programme praising the Government. But privately Ministers do believe that the media, to varying degrees, ignores the progress made by the country, its economy and society, under their stewardship and concentrates on negative stories without giving the broader context. Sometimes, of course, they have a point. And sometimes they want to distract attention from abject failings in public services which damage the lives of vulnerable people.

Ministers do not believe this failure of the media (as they see it) is confined to RTÉ. But it is RTÉ’s misfortune to be the only part of the media that is desperately asking them for money at present.

And despite the tough questioning of Forbes and her praetorians, it was a good day for RTÉ, which received a commitment by the Government to give it an extra €10 million a year. That sum will not fix RTÉ’s financial difficulties. But it will give it breathing room in which the problems can start being fixed.

A few weeks, ago, the attitude of senior people in Government was that RTÉ should first demonstrate its ability to start cutting costs before any bailout would be extended.

Extensive lobbying directed mostly at the Taoiseach and his senior officials convinced them otherwise. The Government now has a clearer view of RTÉ’s financial difficulties. But its confidence that the broadcaster can overcome them has not increased.

Covid-19 response: Has Level 5 been worth the cost? 01:00
Shops, hairdressers and hotels expected to reopen next week 00:30
Most meat plant workers not paid sick leave, survey reveals 00:01
Planning failures put nature ‘under unprecedented pressure’ 00:01
Joe Biden does not want to see guarded Border in Ireland after Brexit 23:19

1 Miriam Lord: Unity and common purpose in spades but not for Covid fight
2 Stir-crazy Dutch holidaymakers set to descend on Caribbean island
3 Shops, hairdressers and hotels expected to reopen next week
4 Covid-19: Museums, cinemas set to reopen next week as Varadkar warns of New Year restrictions
5 Joe Biden does not want to see guarded Border in Ireland after Brexit
Real news has value SUBSCRIBE