Time to legislate for direct provision system for asylum seekers

Direct provision of welfare needs, which has no legislative basis, shows how easily legal processes can be displaced 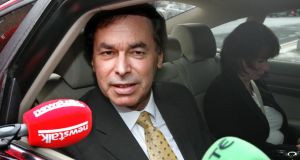 T here has been a significant reduction in the number of people arriving in Ireland and claiming refugee status. The figure has gone from a high of more than 11,500 asylum applications in 2002 to 956 last year. Asylum seekers are prohibited legislatively from working – on pain of criminal conviction. After they arrive, they are sent to one of 46 hostels by the non-statutory Reception and Integration Agency. Ireland supports their welfare needs through direct provision, which means bed and board in hostels and a weekly payment of €19.10 per adult and €9.60 per child.

The numbers seeking asylum have dropped but the number of people in the direct provision system has remained steady. Last week, the High Court heard a challenge to the system of direct provision.

Direct provision has no legislative basis. It was established through a combination of administrative policies and ministerial circulars. The applicants in the current case argue that the system violates a number of rights under the Constitution and under the European Convention on Human Rights. The system is inhuman and degrading, the right to equality is violated, and rights to family and private life are set at naught, they argue.

The legal basis for continued operation of the system is questionable, given that the Social Welfare Act 2009 provides that asylum seekers are not entitled to payments from the State. In the High Court, Mr Justice Colm Mac Eochaidh commented on the “unacceptable circumstances” of the direct provision system. The case will go before him again on September 17th.

Former Supreme Court judge Catherine McGuinness and Ombudsman Emily O’Reilly have pointed to the inhumanity and inflexibility of the system. Several reports in the past decade from the Free Legal Advice Centres, the Irish Refugee Council and NASC – the Irish Immigrant Support Centre have highlighted the significant challenges faced by those who live under the system. The reports from these respected non-governmental organisations highlight how dehumanising it is.

Looking at the broader question of how the political system deals with the rights of asylum seekers, the establishment of direct provision through non-legislative means raises fundamental questions of democratic accountability in Ireland. Successive governments, rather than introducing legislation and permitting a full debate on the establishment of a parallel social welfare system, allowed administrative fiat to trump any notion of a welfare system operating under the rule of law.

Recently, in response to parliamentary questions, Minister for Justice and Equality Alan Shatter said direct provision meets Ireland’s international and European humanitarian obligations. However, he failed to deal directly with parliamentary questions from Senator Jillian van Turnhout and Labour TD Derek Nolan regarding the legal basis for the system of direct provision.

We have obligations under international law to ensure those seeking protection are not destitute but this should be done in a manner that is in compliance with Irish law.

Our Constitution says the Oireachtas is the sole legislative body in the State. The system of direct provision shows how easily law, legal processes and political engagement can be displaced through perceived crisis in the immigration system. The 2010 Value for Money report on direct provision lays bare a cynical attitude towards how we deal with those seeking protection.

By adopting direct provision, Ireland deters individuals from applying for asylum and those who do enter the country to claim protection may be deterred from staying here under direct provision.

Many ministers in the current Government were vocal opponents of the system in opposition but power has softened their attitudes.

Rather than awaiting the outcome of this case, direct provision should be immediately legislated for in a rights compliant framework, placing the dignity of all individuals at the heart of our asylum and immigration system.

The manner in which the system of direct provision was introduced and operates offends basic notions of democracy, with the role of the Oireachtas diminished and displaced by the strong arm of the executive.

Dr Liam Thornton is a lecturer in law and director of clinical legal education at UCD School of Law. He is a contributor to the blog, humanrights.ie