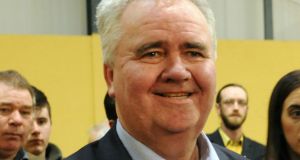 Willie Penrose (59) has been a Labour TD since 1992 when he became the first Labour TD in the constituency since the early years of the State. It took some persuasion from senior party figures to get him to run in Longford-Westmeath this time around and he only did it because Labour had no chance of winning a seat without him. He was appointed as a “super junior” Minister, with a seat at cabinet, on the formation of the Fine Gael-Labour Coalition in 2011. However, he resigned from office a little over a year later in protest at the closure of Mullingar army barracks as part of the spending cutbacks. Penrose, who lives in Ballynacargy, Co Westmeath, is a practising barrister as well as being a TD. He is married with three daughters.