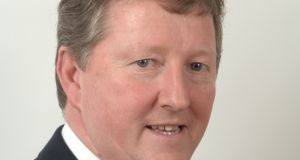 Based in the Tuam/Dunmore area, Seán Canney topped the poll in Galway East. The chartered quantity surveyor and lecturer at GMIT has built up a strong support base since his election to Galway County Council in 2004 where he served as mayor in 2007-’08. A father of three, he was a member of the council’s planning and economic development committee, vice-chairman of the inter-county rail committee and a former assistant secretary of Corofin GAA club. He performed well in Galway East in 2011 and received an impressive 3,400 votes in the 2014 local elections. He supports bog owners who want to cut turf for their own use and has accused successive governments of attempting to criminalise turf cutters. He has campaigned for greater rights for the self-employed and has said the IDA should start encouraging multinational companies to invest in towns along the new M17/M18 motorway.