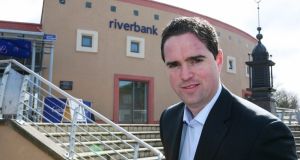 Martin Heydon regained a seat for Fine Gael in Kildare South in 2011 at his first attempt, after a hiatus that lasted almost a decade, since former party leader Alan Dukes lost his seat in 2002. He received over 12,000 votes, taking the seat on the first count, and was more than 3,000 votes over the quota. The 37-year-old is a native of South Kildare with a background in farming. He lives in Colbinstown with his wife, Brianne Leahy, and their two sons. His political career began on Kildare County Council in 2009 where he represented Athy and served as party whip. He has been an officer of his local football club, St Laurence’s, for the past 10 years. Though scoffed at during the election campaign, his promotional video, in which he travelled his constituency in a De Lorean, highlighting improvements he played a role in, did not harm his vote and earned him the nickname “Marty McFly”.