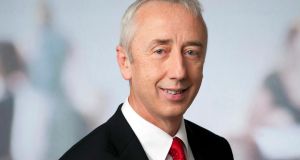 Kevin Humphreys: “We have had committees, studies and the citizens’ assembly, but we have had very little legislation.’’

Criticism of “new politics’’ by Labour Senator Kevin Humphreys led to sharp exchanges in the Seanad.

“Very few decisions have been made during the Government’s term in office,’’ he said. “We have had committees, studies and the citizens’ assembly, but we have had very little legislation.’’

Mr Humphreys said this was because the Government had to bring Fianna Fáil with it when making a decision.

“Fine Gael was re-elected to office and its members got the cars but Fianna Fáil got the keys,’’ he said. Fianna Fáil had “a record of driving the car off the cliff and crashing it.”

Mr Humphreys said Taoiseach Enda Kenny had come to the Seanad at his request to talk about “new politics’’ and had said he looked forward to being back in the House before Christmas,.

“No, I will not go away,’’ Mr Humphreys replied. “The Taoiseach made a commitment to do so.’’

Mr Humphreys said there was a need to deal with the housing crisis and the rental crisis, especially in Dublin.

Fianna Fáil Senator Ned O’Sullivan said Labour would, as Seán Lemass had once said, go with anyone.

“It is like Mother Machree’s dog: it would go a bit of the road with anyone,’’ he added.