Negligence in some Celtic Tiger buildings ‘put lives at risk’ 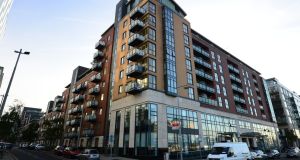 There was “a significant level of non-compliance, negligence and incompetence” in some Celtic Tiger-era building developments which put people’s lives at risk, a report by an Oireachtas committee states.

The Oireachtas housing committee has been examining the failure of building standards during the building boom in the 1990s and 2000s and it recommends that fire risk assessments be carried out on developments from that time.

The committee also recommends a redress scheme be established for victims of sub-standard builds and a new State agency for building standards and consumer protection be established.

The report, to be published today, cites several cases of disastrous failures in building standards, including Priory Hall and Longboat Quay in Dublin. The system of building certification and inspection was based on self-certification, says the report, which was written by the Sinn Féin TD Eoin Ó Broin.

“Inspections were not mandatory and it appears that in most cases Certificates of Compliance were provided without any independent checks on whether the building was constructed in line with design, planning or fire-safety standards,” it says.

Fire-safety certificates, the report finds, only attested that the property was compliant with standards if it was built in accordance with the plans. But there was no checks that the buildings were constructed as such.

Changes made in the wake of these controversies are not sufficient, the report states, and a new independent system of regulation, inspection and certification of buildings needs to be introduced and a statutory agency set up to oversee it.

With significantly increased construction of houses and apartments likely in the coming years, it says, a new system is urgently needed if the mistakes of the past are to be avoided.

The new regime proposed by the committee, which is chaired by the Fine Gael TD Maria Bailey, proposes an independent statutory agency to monitor the enforcement and inspection of building and safety regulations.

All builders should have to take out “latent defects insurance”, and review of penalties and punishments for failing to meet standards should be undertaken, the report says.