Creighton will not support suicide clause “effectively built on sand” 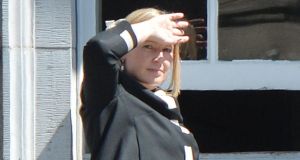 Minister of State Lucinda Creighton made clear her opposition to the section on suicide in the abortion legislation when she told the Dáil: “I cannot support a clause which is essentially built on sand.”

She said during the report- stage debate on the Protection of Life During Pregnancy Bill that the law “would change the culture of this country and would change how we deal with vulnerable women”.

The Dublin South East TD called on Minister for Health James Reilly to amend the legislation, which aimed to enshrine a woman’s right to abortion if there was a substantial risk to her life.

The Minister of State introduced two of the 38 amendments on the section dealing with suicide, which would allow for termination where a pregnant woman was suicidal.

“It is actually seeking to legitimise and to entrench and enshrine this error in law, the law of the land, that I consider to be deeply worrying and something I certainly cannot be part of,” she said.

Hitting out at the “flawed” legislation, she said the underlying cause was “repeated as a mantra” that the State had to legislate for suicide because the Supreme Court had ruled on the X case.

She said the Supreme Court had no capacity or authority to direct the Oireachtas to legislate and there was a “whole litany of cases” on this issue.

Savita case
Fine Gael’s Billy Timmins, who has already voted against the second stage of the Bill, said the legislation “would not have made one iota of difference” to the case of Savita Halappanavar, who died at Galway University Hospital. She was 17 weeks pregnant and began to miscarry but was refused a termination.

Another Fine Gael opponent, Peter Mathews, criticised Dr Reilly because of the pressure being put on party TDs. “My younger colleagues in our party are under a shocking stress at the moment. It is visible. They say they are going to vote with the party because they signed a pledge against their conscience . . . That is absolutely perverse.”

Dublin North East TD Terence Flanagan, who also voted against the party on the Bill’s introductory stage, said the Bill was to give statutory effect to the X case decision, “which we know is a flawed judgment”, and this “has corrupted other sections of the Bill”.