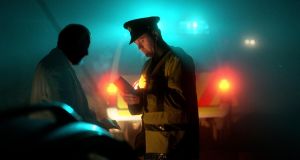 The mother of a boy killed by a drink driver has called for all driver involved in a fatal collision or who fail a drink driving test to automatically lose their licence.

A proposal that drivers involved in a fatal crash or who fail a breath test would automatically have their licence suspended can be considered under a review of road traffic legislation, Taoiseach Enda Kenny has said.

A major review of road traffic legislation, announced by the Minister for Transport, could also look at a call for a mandatory six-year sentence with no reduction for motorists convicted of causing death while drunk or on drugs and the revocation of licences for 25 years.

The proposals also include automatic suspension of the licence of a driver who fails a breath test.

Mr Kenny was responding to a call by Independent TD John Halligan for the implementation of ‘Brendan’s law’ following a campaign started by Christine Donnelly after her son Brendan and his friend Lee were killed by drunk driver who served three years of an eight-year sentence.

Ms Donnelly, who was in the visitors’ gallery while the issue was raised during Leaders’ Questions in the Dáil on Wednesday.

She was due to meet the Taoiseach afterwards.

Mr Kenny said he would be happy to discuss the issue with her but believed the review, which would involve the codifying of complicated legislation, should include consideration of Ms Donnelly’s proposals.

Mr Halligan said the existing laws were “full of loopholes” five out of 10 drivers currently escape a conviction and the impression could be that drink-driving legislation was “no big deal” when it was very important to so many families who had been affected.

He pointed out that the number of road deaths to date this year was 132, down by 30 compared with the same time last year, but said this could not bring back those killed on the road.