Miriam Lord: The pick of political winners from this year’s Dáil

Harris may be only about 14, but he has performed with a maturity on difficult issues 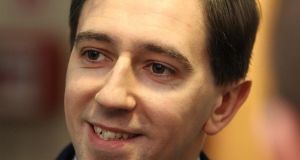 The Fianna Fáil leader sashays away with our coveted tiara following a delightful performance in Cork last weekend. Brave Micheál was one of the main attractions at a charity boxing event in Blackrock Hurling Club, climbing into the ring with the impish insouciance of a Leeside Conor McGregor. If it’s good enough for his former senator Averil Power (who has successfully slugged it out in a number of exhibition bouts), then it’s good enough for him.

Among those on the bill for the “Rockies Rumble” were members of the club’s senior hurling squad, including Joe “Haymaker” Murphy and Pat “Undertaker” O’Connor. But Micheál “Pretty Boy” Martin was not afraid to share the canvas with the GAA bruisers.

Despite lascivious baying from a large section of the crowd, the Fianna Fáil leader kept his composure. He stepped coquettishly into the ring and wowed the crowd with a cheeky smile and some silky moves. The TD for Cork South-Central, in daring shirt-sleeves, pranced in front of the wolf-whistling fight aficionados while holding up a placard indicating the number of the next round.

There was nothing but admiration on the night for the glamorous Ring Card Boy. And everyone said afterwards, thinking of that famous Father Ted episode: “Hasn’t Micheál got a lovely bottom?”

This one is made for sharing, because politicians of all stripe have proved themselves very adept at avoiding difficult questions. Party leaders are particularly good and can talk at length while conveniently forgetting to address what they were asked to talk about.

To the Government, a specially minted “What Do You Want – a Medal?” Medal

And here to accept it is Enda Kenny, with Brendan Howlin and Michael Noonan leading the charge of supporting Ministers. Well done, all. As you haven’t stopped pointing out since 2011, your Fine Gael- Labour Coalition rescued Ireland from the edge of the abyss, pulled the nation back from the brink and set the ailing economy back on course.

And since 2011 you have been blaming Fianna Fáil for everything. A session of Leaders’ Questions isn’t considered complete without Enda reminding Micheál about “your crowd” putting Ireland into hock and glossing over his own crowd’s shortcomings.

To be fair, you had a definite point, Taoiseach, up to a point. And it should see you safely through the general election, barring some unforeseen fiasco. Here. Take your medal and take your mantra to the country. Then, if you make that expected return to Government Buildings, put them both away. Because you’ll have to march to the beat of your own drum. No excuses next time.

During one of the regular spats between the Seanad’s socially conservative wing (Walsh and Rónán Mullen to the fore) and its socially liberal wing (Labour’s Ivana Bacik leading the troops), matters became heated when Fidelma Healy-Eames raised the Broadcasting Authority of Ireland’s partial upholding of a complaint against The Ray D’Arcy Show arising from a discussion on abortion with Colm O’Gorman of Amnesty Ireland. In the ensuing exchange, Bacik called for respectful debate and Healy-Eames said she would not be bullied, requesting the Labour Senator to remain seated because “we are so used to her popping up and down to defend the indefensible, to be in favour of the killing of the unborn child”.

As the sniping continued, Walsh, who resigned from Fianna Fáil in March over his opposition to the Children and Family Relationships Bill, asked to make a point of order. “Could somebody please give Senator Bacik some treatment for her haemorrhoids?”

David Norris, already annoyed with Mullen for referring to some Senators as “harpies”, called on the Cathaoirleach to rebuke Walsh for his comment about haemorrhoids.

“It doesn’t sit well with the dignity of this House,” complained Norris, thus bagging himself a special award for Best Unintentional Joke.

It’s the acronym used to refer to that gilded species known as the Special Advisors. Backbenchers hate them because they believe these powerful yet unaccountable individuals have too much influence. It galls them to think that unelected Spads – the worst of them prone to a comically haughty demeanour of unwarranted smug – have the ear of the leadership when they battle to be heard. Most are decent enough and much put-upon by their fragile bosses. Award contenders include Jim McGrath, doggedly loyal to his Minister, Alan Kelly, and Nick Miller, who tirelessly oils the wheels of the Leo Varadkar Appreciation Society.

The most formidable gatekeeper is Marion Mannion, who does Trojan work on behalf of Frances Fitzgerald. Purists still remember Marion’s exquisite elbow work when her Minister progressed regally down the plinth for a photo call to mark the passing of the Marriage Equality Bill. Marion executed a blocking move worthy of Paul O’Connell on the rapidly encroaching Averil Power.

But the winner, by quite a distance, is deputy Government press secretary and advisor to the Tánaiste Paul O’Brien. He’s professional, low-key and endlessly patient.

Stuck in a Lift Award

It’s a question oft pondered around Leinster House, where the elevators are famously dodgy: who would you most like to get stuck with in a lift? It’s a four-way tie between Joan Burton, Fine Gael backbencher Bernard Durkan, Peter Mathews and Independent Senator Gerard Craughwell. Controversial, we know. Insane, some have suggested.

But you see, with Burton, Durkan, Mathews and Craughwell on board, the amount of hot air generated by this exceptionally verbose quartet would render the lift mechanism redundant, elevate the entire contraption and blow the door off its hinges.

Minister of the Year: Simon Harris

Technically a junior minister, he’s been impressively combatant, competent and confident all year. He may be only about 14 years old, but he has performed with a maturity on difficult issues which has seen him outshine his more senior colleagues.

Touchy but not Feely Peacemaker of the Year

Billionaire Denis O’Brien, for doing the impossible and uniting all the warring factions in Leinster House in opposition to his legal attempt to curb the reporting of comments made about him by Independent TD Catherine Murphy under Dáil privilege. Legislators were further angered when O’Brien launched proceedings against the Oireachtas committee which ruled that Murphy did not abuse privilege when making the allegations.

TD of the Year

See above. Good on ya, Catherine Murphy.

Senator of the Year

Jillian Van Turnhout’s work in the area of child protection puts her in a select band of parliamentarians who aren’t living reminders of why the Seanad should have been abolished when we had the chance.