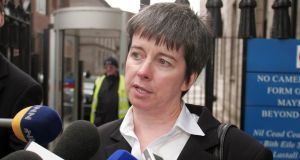 Ministers are expected to discuss on Tuesday progress on a delayed review into a compensation scheme for victims of sexual abuse in schools.

Minister for Education Norma Foley will bring an update to Cabinet on the Government’s progress in reviewing an ex-gratia scheme set up in the wake of a ruling in relation to the Louise O’Keeffe case.

Ms O’Keeffe was sexually abused by primary school principal Leo Hickey in Dunderrow National School, west Cork, in the early 1970s and he was later convicted of abusing her. But the State had denied any civil liability.

Ms O’Keeffe brought a case for damages through the Irish courts system. But it was ruled that the Department of Education was not liable because the school was under the management of the Catholic Church, even though the State paid Hickey’s salary.

It was only when Ms O’Keeffe took her case to the European Court of Human Rights (ECHR) that she was vindicated: the European court ruled in January 2014 that Ireland had failed to protect her as a five-year-old from Hickey when at school. But the Government interpreted the ruling that it was liable only for damages in cases where there had been a prior complaint against an abuser and it was not liable for damages if there had not been a prior complaint.

Last year, Mr Justice Iarfhlaith O’Neill reviewed the European court judgment and deemed the State wrong in its interpretation of the judgment which led it to close off an ex-gratia payment scheme for survivors of child sex abuse.

Ireland reports to the Council of Europe on its implementation of the ECHR ruling, but the Government was granted an extension until December 8th to file the next report.

Meanwhile, Minister for Higher Education Simon Harris is expected to update the Government on the progress on establishing Technological Universities (TUs) across the country. And particularly in relation to progress on delivery of a TU for the southeast.

The southeast is the only region in the State which does not have a university presence. But a detailed plan covering all aspects of the project was completed in October.

Mr Harris will tell the Government an application will be made by end of April 2021 with a view to the TU being established, if successful, during the 2021-2022 academic year.