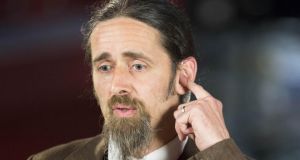 Luke Ming Flanagan: previously pledged to donate half his TD’s salary to projects in his constituency. Photograph: Keith Heneghan

Independent MEP Luke Ming Flanagan has decided to take his full €95,000 salary from the European Parliament after accepting only half his TD’s pay for the past three years and donating the rest to local causes.

Upon his election to the Dáil in 2011 as a TD for Roscommon-South Leitrim, Mr Flanagan said he would donate half his salary to projects in his constituency. While he declined to outline to what, exactly, he gave the money, it was reported one recipient was Boyle Town Council who got €9,000 to buy 21 road signs.

When asked by The Irish Times what his position was regarding his MEP’s salary, Mr Flanagan, who represents Midlands North-West in the European Parliament, said he would be “taking the full payment”.

When he announced he was taking only half his Dáil salary, Mr Flanagan said he would give the remainder to local projects rather than give it back to the State, as other TDs such as Fine Gael Kerry deputy Brendan Griffin had done.

“If this country was being run in such a way that all that money wasn’t fired into Anglo Irish Bank . . . I would be delighted for it to go back directly to the State,” he said.

“I would prefer that money to go into the legitimate taxed economy and to be spent on swimming pools and recreational facilities for young people.”