Kenny rules out rise in rent supplement to tackle homelessness 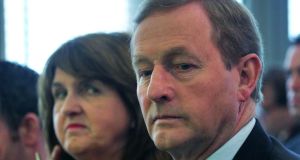 Taoiseach Enda Kenny has again ruled out increasing rent supplement to deal with the homelessness crisis.

“The real problem is the supply of houses and increasing rent supplement only exacerbates the pressure on the existing housing stock,’’ he said.

Mr Kenny was responding in the Dáil on Tuesday to criticism by the Opposition of the Government’s housing policy, following the airing of the documentary My Homeless Family on RTÉ on Monday.

He said the housing crisis was a result of the total collapse of the construction sector some years ago.

He said that the next stage in addressing the issue was to have the local authorities, who had been given money, instructions and targets, get on with the supply of social housing.

“This is an issue which is not acceptable and I commend the people who spoke out,’’ Mr Kenny said.

He said 123 complaints had been received relating to emergency accommodation for the homeless and he understood that all were dealt with appropriately.

Fianna Fáil leader Micheál Martin said the television documentary was made possible by the bravery, courage and dignity of the families involved.

“They revealed with great courage and dignity the depressing and very dangerous nature and reality of homelessness in Ireland, ’’ he said.

Sinn Féin leader Gerry Adams said it was patently untrue to say the Government was addressing the housing situation as a priority.

Independent TD Mick Wallace also accused the Government of “an incredible failure’’ in dealing with homelessness.