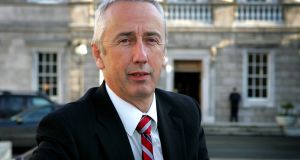 Senator Kevin Humphreys: “There were examples of [JobBridge] abuses which were highlighted by the media, but the success stories were not publicised.’’ File photograph: David Sleator/The Irish Times

A Labour Senator and former minister of state Kevin Humphreys has denied that the JobBridge scheme was abused by employers on a widespread basis and said its success stories were not publicised.

Minister for Social Protection Leo Varadkar at the weekend announced that the scheme, created to provide unemployed people with work experience, is to be replaced.

Mr Humphreys said he was involved in commissioning a review of the scheme which he believed was necessary as “unemployment declines” in the State.

“There were examples of abuses which were highlighted by the media, but the success stories were not publicised,” he said.

Mr Humphreys served as minister of state in the Department of Social Protection from July 2014 until the general election in February. He lost his seat in Dublin Bay South but was later elected to the Seanad.

The scheme was set up by the senior minister in his former department, Joan Burton, in 2011, to provide work experience for graduates.

Interns worked for between six and nine months, for 30-40 hours per week, for an additional €52.50 on top of unemployment allowances.

Mr Humphreys told The Irish Times one early review of the scheme showed 64 per cent of those opting for it moved on to the workforce. “It was a voluntary scheme on the part of the employers and employees,’’ he said.

The scheme was a creature of its time, he added. “Unemployment was running at 15 per cent,’’ he said. “The two elements of the scheme were keeping people in the workforce and their skills up to date.’’

The Union of Students in Ireland (USI) on Monday welcomed the end of JobBridge, which it said had done major damage to the young and their ideas about what treatment they should expect in the workplace.

The USI said the announcement would rebalance “decency” and reduce exploitation at work. It said there was now “no need for a system webbed with pernicious practices as a pivotal point for jobseekers” because unemployment figures were dropping.

“The new system that replaces JobBridge must be of benefit to both the worker and the business – a good wage for good work – and must not be a new name on a structure replicated from JobBridge.”

The Anti-Austerity Alliance said that, rather than discuss what should replace JobBridge, the discussion should be on the whole “labour activation” and welfare-to-work model.

It said other schemes which would remain in place, such as Gateway and Tús, and planned new programmes such as Fit for Work, were “as exploitative as JobBridge”.

The Work Must Pay campaign, a coalition of activist groups and trade unionists, called for legislation to ensure “that no employer can subvert the State’s minimum wage by lawful means”.

This included the abolition of all mandatory unpaid work schemes “cynically dressed up as ‘labour activation’ measures”.

Employers’ group Ibec, however, urged the Government not to “throw the baby out with the bathwater” when considering a redesign of the scheme.

Head of social and education policy Tony Donohoe said JobBridge had proven successful at keeping people attached to the labour market at a certain point in time.

“We do accept the existing model was appropriate for a particular time and we need to modify it,” he said.