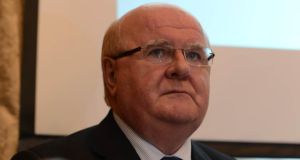 A societal investment of €7 billion over three years would give a significant boost to jobs, growth and economic recovery, Social Justice Ireland has contended.

The think tank has argued in a new policy paper that the investment should be targeted in nine key areas and could result in over 80,000 jobs being created and could raise almost €3billion in tax revenue.

Fr Seán Healy, the director of Social Justice Ireland, yesterday argued that Ireland’s response to the economic crisis was markedly different than many other states within the EU.

He said that the current level of investment by the State was the lowest of any EU country. “All other countries experiencing crisis in recent years have substantially higher levels of investment than Ireland. The scale of investment must increase if we are to have growth, jobs and recovery.”

The policy paper sets out how the €7 billion could be raised from off-balance sheet sources including the Irish Strategic Investment Fund, commercial semi-State borrowings, domestic pension fund investment and funds from the European Investment Bank.

“There will be both long and short-term returns to society from the adoption of an investment stimulus. In the long run the improvement of infrastructure, the reduction in energy imports and the improvement in living conditions and public services offer substantial returns to Irish society,” said Fr Healy.

His colleague Michelle Murphy also pointed to short-term returns including “a boost to economic growth, an increased number of jobs and increases in the Government’s tax-take.”

The policy paper sets out a time frame showing the benefits in terms of jobs and tax revenue. It projects that there would be a 2 per cent increase in economic growth in 2014, 2.3per cent in 2015 and 1.1 per cent in 2016.

“The investment would generate between 56,000 and 84,000 additional jobs as the programme is being implemented; provide new and sustainable employment in the longer-term because of the availability of these new services and state assets; and provide up to €2.9bn in additional tax revenues as a direct result of the stimulus.”

“It could generate savings in other areas of State expenditure including rent supplement, healthcare spending and bank recapitalisations; and provide new lines of government revenue from water services and green energy sources,” it states.