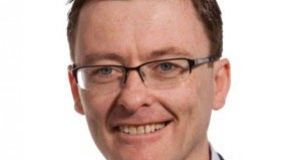 Sinn Féin TD David Cullinane said flags had been raised in relation to problems at the suicide bereavement charity many years before the internal audit was established in 2015.

The HSE should have uncovered irregularities in spending at Console years before they were revealed in a recent internal audit, the Public Accounts Committee has heard.

Sinn Féin TD David Cullinane said flags had been raised in relation to problems at the suicide bereavement charity many years before the internal audit was established in 2015.

However, he said that these flags had been missed.

He said concerns had first been raised by a former Console employee in 2006 while further issues had been raised in 2009 and 2011.

HSE national director for mental health Anne O’Connor said the concerns raised in 2006 related to clinical issues rather than governance.

HSE director general Tony O’Brien told the committee Console provided value for the money the HSE allocated to it. He said the cost of operating its helpline was less than the amount the HSE provided.

However, he said until the liquidator into Console had completed a final report, he would not be in a position to state whether public funds had been misappropriated.

He said he would have to see, for example if any bills were outstanding that should have been paid for with the State funding provided.

Responding to Josepha Madigan of Fine Gael, Mr O’Brien said he did not believe the HSE was to blame for what went on in Console. He said the HSE was not the regulator of charities.

He said what had gone on in Console was not done by HSE staff.

Mr O’Brien said while it might be considered to have been better if the audit had been carried out sooner, it was reasonable that it was triggered when it was after HSE personnel became concerned about issues after it increased funding in 2013.

He rejected a claim by Independent TD Catherine Connolly that the HSE had turned a blind eye to what was going on in Console as it was providing a value for money service to the health authority.